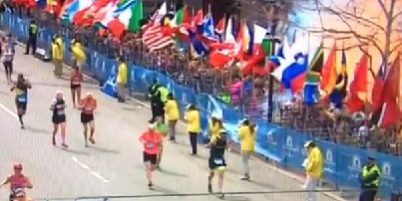 George Orwell wrote in his seminal tome, 1984, “The object of terrorism is terrorism … Now do you begin to understand me?”

Unfortunately, we live in a world where too many still do not understand.

After the recent terrorist attacks in Boston, there was immense incredulity when the ethnic nationality of the perpetrators was made known. The act did not make sense to many, because terror has so often been explained merely as a product of national conflict, or as a logical reaction to “oppression” or “occupation.” Even al Qaeda, we are told, is merely reacting to America’s role in the Muslim world.

Neither the United States in particular, nor the West in general, has played a significant role in the decades-long war in Chechnya. The usual talking heads were left scratching their heads — even after more evidence of the bomber’s Islamist ideology came to light.

Modern terror connected to an extremist Islamist mindset is simply something that many in the West are unable or unwilling to truly understand. Our opinion-shapers will look into every possible angle of a terrorist’s background and history to find some way to explain away, or on occasion sympathize with, the perpetrators’ motives.

We ignore terrorists’ ideology at our own peril. While their acts are inhuman, these people are human and we must hold them accountable for their actions — not treat them as a mere tool of retribution for other misdeeds. Ignoring their ideology will mean that we can never fully understand the implications behind these attacks.

We would not accept Christians meting out vengeance against Muslims for massacres and church bombings in Nigeria, or the persecution of Coptic Christians in Egypt. Why do we accept the argument that perceived Muslim persecution in one part of the world necessitates Islamist violence in another?

In reality, our Islamist enemies’ goals are aggressive by nature. Al Qaeda’s ideological underpinnings are found in the writings of Egyptian Islamist theorist Sayyid Qutb, which lauded offensive jihad, or a jihad of conquest. There is little that is reactive about this belief system – it is not aimed at defending its rights, but at conquering the world of the disbelievers.

While it may seem unbelievable to most that al Qaeda’s attacks on the United States are about toppling the American nation, this is at the core of the terrorist organization’s goals. On March 11, 2005, al-Quds al-Arabi published extracts from al Qaeda leader Saif al-Adel’s “al Qaeda’s Strategy to the Year 2020.” Written in the 1990s, this document outlines how the terrorist organization has attempted to undertake a series of steps that will bring down the United States and the West. This impossible goal is an integral aspect of radical terrorist belief system.

The perpetrators of the Boston attacks, while seemingly unconnected to a terror cell or organization, are examples of people imbued with this radical ideology. Where and how they became radicalized is an important question for the FBI or CIA. But there is one thing we already know: Once they became practitioners of Islamist terror, their goal, in the words of a Boston police chief, was simply to kill as many people as possible. This was not about military occupation, borders, or national aspirations.

In the West, we can understand a person who fights with every breath against tyranny and oppression. We were raised on the heroic struggles against Nazi Germany and Soviet Russia. However, we cannot understand someone whose goal is to maim and murder innocents in the name of their religion.

So we avoid that conclusion at all costs. It is a concept so foreign that we reject it outright, and seek other answers more acceptable to our Western palate.

In Israel, we have fought against jihadi terrorism long before there was a single Israeli foot in the West Bank, and even before Jewish sovereignty was reestablished in 1948. In the 1920s and 1930s, the mufti of Jerusalem, Haj Amin al-Husseini, would whip his followers into a religious frenzy who would then murder, burn, and frequently dismember innocent Jews.

Husseini’s modern-day disciples are no less interested in murder for spiritual gain. While most assume that the Israel-Palestinian conflict is about sovereignty, that is not what the Palestinian terrorist groups claim.

Hamas, the most popular party during the last Palestinian elections, seeks the complete obliteration of Israel. As Hamas leader Khaled Meshaal said in Gaza last December, “Palestine is ours, from the river to the sea and from the south to the north. There will be no concession on an inch of the land.”

Article 7 of the Hamas Charter, promises a world without Jews, where the “Day of Judgment” will only arrive when the last Jews are hunted down and killed. It is genocidal in its intent.

It is this aggressive and offensive jihad, unconnected to any particular conflict or borders, which conjoins Islamist terror groups around the world. It is this murderous and invasive mindset that drove the Tsarnaev brothers to attack innocent civilians in Boston.

If we in the West wish to stand in the way of this malevolent terror, we must first understand its vision, its true nature, and its goals. Only then can it be conquered. Sadly, at present, we are not even on the same battlefield.