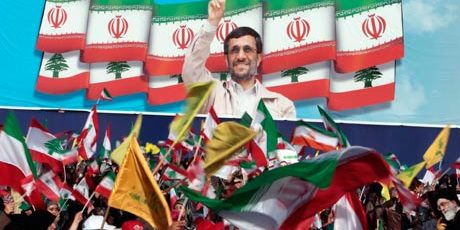 Israeli Air Force jets were reported flying over Damascus in the last few hours by foreign sources. According to debkafile’s Iranian and intelligence sources, Iran has been pushing Bashar Assad hard to let Hizballah have sophisticated weapons, including self-propelled SA-17 interceptor missile systems. Tehran is reminding the Syrian ruler of the debt he owes Hizballah’s leader Hassan Nasrallah who was ready to deploy 5,000 out of Hizballah’s 8,000 combat-ready fighters to Syrian battlefields to fight rebel forces and keep the Assad regime in power.

Assad is therefore in no position to spurn Tehran’s demand.

And so, preparations for sending those weapons systems across to Lebanon have been sighted in the last few days at Syrian military bases. Israeli Air Force are said to be overhead monitoring these movements after Israel repeatedly warned Damascus any attempts to make such transfers would draw a reaction.

On Jan. 30, Israel bombed a convoy passing through Jamraya near Damascus on its way to Lebanon with a consignment of sophisticated weapons systems for Hizballah.

The drone launched on April 25 from Lebanon, which Israeli fighter planes shot down opposite Haifa, is seen now as a counter-warning from Tehran that if Israel strikes another arms convoy on its way from Syria to Lebanon, the next drones flying over Israel would be armed and come in numbers.

The Israeli security cabinet held a long session on the Syrian question Sunday, April 28, headed by Prime Minister Binyamin Netanyahu and Defense Minister Moshe Ya’alon. They reached a number of decisions on how to handle the latest developments on the Syrian front, including evidence of the use of chemical weapons.

The United States will also provide additional security for Syria’s southern neighbor by the relocation of US Patriot missile interceptors from West Saudi Arabia and Kuwait to northern Jordan opposite the Syrian border.

US Patriots were deployed on the Turkish-Syrian border last year.

The new Patriot deployment indicates that the Obama administration is now treating the peril to its allies from Syria as greater than the Iranian menace.

Things are also on the move in the Turkish-Israeli arena.

Advantage was taken of the Israeli delegation’s visit to Istanbul Monday, April 22, for negotiations on the amount of compensation to be paid out to the families of the nine Turks who died in a clash of arms with Israeli naval commandoes in May 2010, when their ship, the Mavi Marmara, was stopped from completing its mission to break Israel’s blockade of the Gaza Strip.

As first reported by the last DEBKA-Net-Weekly, the negotiating session was brief. Criteria for determining the amounts of the payouts were settled in less than an hour. A joint Israeli-Turkish group is to calculate the sums and refer their estimates back to the delegations for approval.

The two delegations then got down to the brass tacks of the most pressing issues of interest to them both.

A day earlier, US Secretary of State John Kerry had urged Turkey to hurry up and restore its relations with Israel because of the urgent security interests they shared with one another and the United States in the Middle East:

The turbulence in Syria and Iran’s drive for a nuclear bomb posed extreme perils to all three nations.

The delegations responded by launching into an intense discussion of ways to further their military and intelligence cooperation for the common benefit.

One immediate decision was for Turkey and Israel to set up a joint mechanism for sharing intelligence on the Syrian conflict.

Turkey and Israel are reputed to have the best Syrian intelligence in the business, but their methods of gathering information, its content and their sources vary.

The Turks use Syrian rebels and Lebanese informants operating in Syria. They don’t command the electronic resources which Israel possesses. The two agencies also maintain contact with different rebel militias.

It was quickly recognized that both agencies have much to gain from a arrangement for sharing their input without further delay.