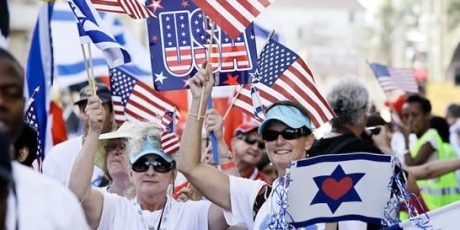 The U.S. Senate Foreign Relations Committee adopted on Tuesday a resolution which stipulates that the U.S. will assist Israel if it is forced to take action against Iran.

It states that the United States has a vital national interest in and unbreakable commitment to, ensuring the existence, survival, and security of the State of Israel; reaffirms the United States support for Israel’s right to self-defense; and urges that if Israel is compelled to take military action in self-defense, the United States will stand with Israel and provide diplomatic, military, and economic support in its defense of its territory, people, and existence.

It also states that U.S. policy is to halt Iranian nuclear ambitions. Senate Resolution 65 gained the support of 70 of the 100 senators.

A statement issued by AIPAC following the vote said, “The Senate Foreign Relations Committee has sent a very clear and enormously important message of solidarity with Israel against the Iranian nuclear threat—which endangers American, Israeli, and international security. AIPAC urges the full Senate to act expeditiously to adopt the resolution.”

On Tuesday, Defense Minister Moshe Yaalon said that “the regime in Tehran does not see the western world as determined to stop the nuclear project, so it allows itself to continue with its plans.

“Only putting the Iranian regime before the dilemma of ‘bomb, or survival’ will lead to the end of the project,” he said.

“The world must take the lead in the standoff with Iran, but Israel must prepare for the possibility that it will need to protect itself alone,” he added.

Prime Minister Binyamin Netanyahu also referred to the Iranian nuclear threat on Tuesday, comparing it to the recent behavior of North Korea. He made the comments during a reception for foreign diplomats.

“We have recently seen the results of a wild regime that possesses nuclear weapons,” he said. “We have also seen that heavy sanctions are not always effective against a sufficiently determined regime.

“Therefore, we have an obligation to ensure that this will not happen again. If Iran achieves nuclear weapons, this will change the world. When I said this in the past, many listened and agreed, but now it is possible to agree from an additional perspective, and I think that all governments must do everything possible in order to ensure that this danger is not realized,” said Netanyahu.