Repentance for Sin Against the Jewish People 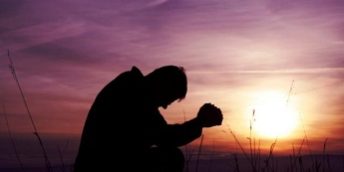 In the second half of the twentieth century, a sea change took place in the attitudes toward the Jewish people within the Christian world. This change was triggered, above all, by the Holocaust, and the massive shock to the Christian psyche caused by the fact that this organized attempt to eliminate the chosen people happened in officially “Christian Europe.” Various reactions to this realization occurred, ranging from a theological revisionism to a spiritual humbling. It is an essential element in God’s work of redemption and restoration that the whole church be led back through history to an acknowledgment of all the sins committed against the Jewish people.

The first level of repentance for sins against the Jewish people is the recognition of the evil of anti-Semitism. The first thing that morally sensitive people can recognize as abhorrent is all hatred and prejudice against the Jewish people. Such an acknowledgment does not require a detailed knowledge of history or a formation in Christian theology. Anti-Semitism is seen as a form of racism, which offends against human dignity and the rights of peoples.

The evil of anti-Semitism can be recognized and confessed by any person or group of people, irrespective of race or religious faith. It is at this level that most of the repudiations of anti-Semitism by the Christian churches have been formulated. Whilst I see this level as just the first step, it can be the first real step of repentance and can be more than a mere preliminary to the real repentance. For this level grounds the sin of anti-Semitism in the human, at the level of creation.

The second level of repentance enters into the specifically Christian offences against the Jews. How has Christian oppression of the Jews been different from general racism? The most obvious answer to this question is that Christians have blamed the Jews for the death of Jesus, accusing them of “deicide,” and have believed that God annulled the covenant with Israel on account of Israel’s rejection of Jesus as Messiah and Savior. The second level of repentance for sins against the Jewish people thus confesses the evil of replacement teaching.

As readers are well aware, the replacement teaching always takes some such form as this:
a. God has rejected the Jewish people because they rejected Jesus as their Messiah.
b. God has therefore abolished the covenant with Israel.
c. The church has taken Israel’s place as the covenanted people.
d. The promises once given to Israel no longer belong to the Jewish people but to the Christian church.

Such a usurpation of God’s role represents one of the worst forms of arrogance. A deeper repentance for our sins against the Jewish people involves a deeper grasp of the degree of arrogance involved in the human decision that God had rejected the Jews. Not only is this judgment a usurpation of God’s prerogatives, but the replacement teaching represents a rejection of the people that God has chosen, a hatred for those whom God loves as “the apple of his eye” (Deuteronomy 32:10; see also Zechariah 2:8). We can also see this violation in relating to the inheritance rights of the first-born son, since the Lord said, “Israel is my firstborn son.” (Exodus 4:22). Since from this angle the Gentiles are the younger son, the sin of usurpation is the rejection of the firstborn and elder by the younger son and the seizure of his inheritance.

It is important to recognize the difference between definitive judgment and punishment for sin. It is clear from the New Testament that the general Jewish rejection of Jesus had serious consequences for the future of the Jewish people. There are several words of Jesus speaking of the dire consequences for the Jewish people, and particularly for Jerusalem, in not recognizing “the time of your visitation” (Luke 19:44). Jesus recognizes the sin involved in his rejection when he tells the scribes and Pharisees to “Fill ye up then the measure of your fathers” (Matthew 23:32). But, this sin and its tragic consequences do not remove the Jewish people and the city of Jerusalem from the heart of Jesus, nor from the unfolding purpose of the Father. The sin of the disbelieving Jews in no way justifies the subsequent judgment by the Gentiles.

The replacement teaching is not just a minor mistake in the by-ways of Christian theology, but a major sin against divine election, a conviction that is at the center of God’s plan, the mystery hidden from all ages and now revealed to the saints. It is this theological reason and this sin against divine election that explain both the virulence and the longevity of Christian anti-Semitism.

THE RESPONSES OF THE CHURCHES

If we survey the modern statements of the Christian churches and denominations relating to the Jewish people, two points stand out. The first is that there have been far more statements deploring anti-Semitism in general than there have been statements deploring replacement teaching. Nonetheless, more and more church statements are recognizing that the covenant with the Jewish people still stands. But there has been hardly any church or denomination that has really addressed the challenge of the Messianic Jews, and the wrongness of the suppression or rejection of an explicitly Jewish expression of the church.

We can have a confidence that there will be progress in both these areas, theological and spiritual, because it is the will of God and the thrust of the Holy Spirit. It is an indispensable part in the preparation for the coming of the Lord. As the new Catechism of the Catholic Church (1994) states: “The glorious Messiah’s coming is suspended at every moment of history until his recognition by ‘all Israel,’ for ‘a hardening has come upon part of Israel’ in their ‘unbelief’ toward Jesus.” (para. 674). The Christian repentance for the sins committed against the Jewish people is an essential condition for the church to come to “mature manhood, to the measure of the stature of the fulness of Christ” (Ephesians 4:13).

Dr. Peter Hocken has served as an ordained priest for forty years, first in Northampton, England. In 2001, he served as chaplain to Pope John Paul II. He has lectured on Moral Theology at universities in Europe and has written many books, especially on the renewal movement, including his most recent, God’s Master Plan.