The real meaning of Easter 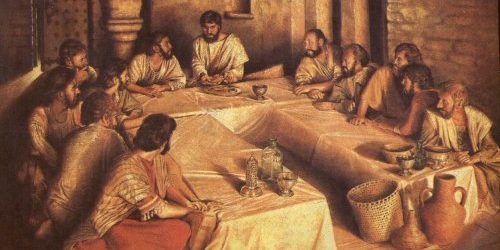 The best way to understand the real meaning of Easter would be from Jesus. As is recorded in the 12th chapter of John, Jesus was welcomed to Jerusalem by a large crowd singing praises to Him, carrying palm branches and hailing Him as the King of Israel – the Messiah. They were gathering to celebrate Passover and such an outpouring of adoration made the Pharisees seeth with anger and disgust. They did not believe Jesus was their long-awaited King.

Probably a puzzling speech at the time, but clearly another moment when Jesus used a timeless parable to tell His message. Grains of wheat haven’t changed and never will – a kernel must be planted in the soil and die to produce a harvest of wheat. Jesus had to die and be “planted” in a tomb to rise up and produce a harvest of life everlasting to those who believed in Him. (After His resurrection, the parable’s meaning could be fully understood.)

Without a doubt, Jesus wants us to remember his great love and sacrifice for us by taking communion. He was getting ready to be betrayed by one of the disciples, publicly humiliated and mocked, beaten beyond recognition, and hung on a cross to die, when he made his special request for us to remember that He gave his body for us and poured out his blood as a sacrifice for us. The heart of Easter lies in his words, “the new covenant between God and his people.”

What is the real meaning of Easter? Because of Christ’s death and resurrection, we have been given victory over death and eternal separation from God, a covenant promise of forgiveness and grace:

When we eat the bread and drink the wine of communion, we need to search our hearts. Are we remembering the suffering that Jesus’ body went through for us? Are we remembering how His blood was shed so our souls could be spared? Let’s thank Jesus this Easter for giving us life and for giving us the Holy Spirit as our comforter before He ascended back to Heaven.