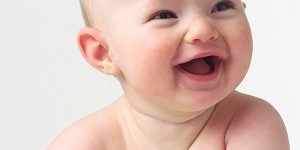 The remainder of the population is comprised of 1.6 million Arabs, 350,000 non-Arab Christians and others, mostly olim or relatives of olim from the former USSR, whose religion is not listed in the Interior Ministry’s census. At the start of 2012, Israel was home to 7.836 million people, after a growth of 1.8% from 2011.

Over the last year, 170,000 babies were born in Israel and 17,000 olim arrived, but naturally, one has to account for those who passed away as well, and Israel’s population at the start of 2013 amounted to 7.993 million, crossing the 8 million mark only now.

It is noteworthy that at least half a million registered Israelis reside abroad – studying, traveling, working, or otherwise engaged.

For the first time, Israel has become the world’s largest center of Jewry, with the United States at second place with 5.5 million Jews – two million in New York City alone.

Britain numbers 290,000 in the Jewish community, mostly in the capital, London.

“In the world today there are 13,800,000 Jews,” said Professor Sergio Della Pergola, an expert on Jewish demography from the Hebrew University in Jerusalem, who collected the data.

“Israel has indeed experienced a growth in the number of Jews last year, but world Jewry outside Israel did not fare so well. On the contrary, world Jewry has experienced negative growth,” he said.