US plan for UN to endorse Khamenei's fatwa? Shock in Jerusalem 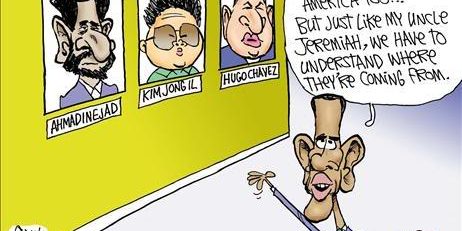 President Mahmoud Ahmadinejad declared Iran was a “nuclear state” during his Cairo visit two weeks ago. Saturday, Feb. 16, supreme leader Ayatollah Ali Khamenei shed more light by saying, “Iran is not seeking nuclear weapons but no power could stop Tehran’s access to an atomic bomb if it intended to build it.

debkafile: Iran’s leaders are therefore quite frank about the state of their nuclear program:  the components of a nuclear weapon have been procured – defying Israeli Prime Minister Binyamin Netanyahu red lines – but Tehran has not yet crossed the threshold to assemble it – although this could be done modularly.

And if the Islamic Republic has acquired the components and knowledge for surreptitiously building one bomb, it stands to reason that three or five would be no object.

On Feb. 12, debkafile revealed that Iranian scientists attended the latest North Korean atomic test. Six days later, the Sunday Times repeated the story, naming Mohsen Fakhrizade-Mahabadi, the senior Iranian scientist of Iran’s nuclear weapons program, as the official present. Our Iranian sources strongly doubt that Mahabadi was there because he is too afraid of kidnapping or assassination to ever leave Iran.

We also revealed how the Iranian-North Korean nuclear partnership worked and the division of clandestine labor between them. Their arrangement – to which Washington and Jerusalem prefer to turn a blind eye –assigns to Iran the development of small nuclear warheads for delivery by missiles and to North Korea the development of ballistic missiles able to land a warhead at any point on the planet.

The two governments work smoothly in tandem, regularly pooling the data obtained from advances in their respective programs.

One such advance was Iran’s successful launch of a monkey into orbit at an altitude of 120 kilometers on Jan. 28 and its apparent return it to earth.  Washington tried hard to throw cold water on the Iranian feat, but Tehran countered by citing Western sources as confirming the launch.

A gap still remains in their accounts: Washington does not question the launch of a space capsule – only the monkey aboard.

However, the North Korean test of a “miniature nuclear device,” combined with Iran’s ability to launch a capsule with a monkey payload into orbit, add up to their having achieved a nuclear warhead capacity through shared technology.

After registering these menacing strides, officials in Jerusalem were dismayed to learn that instead of planning to cut them short, US President Barack’s Obama’s circle in Washington was studying a bizarre plan for the opposite objective.

It surfaced in an article published Tuesday, Feb. 12, by Ambassador Thomas Pickering, a veteran American diplomat who is influential in the framing of Obama’s Iranian policy.

This what he wrote: “In years past, he (Khamenei) issued a fatwa condemning nuclear weapons. Washington could take advantage of this fact by drafting a UN Security Council resolution endorsing the fatwa. This could be a small step toward boosting Khamenei’s international profile while simultaneously pressuring Iran to follow its own religious decree.”

Instead of dismantling these rogue nuclear programs, Pickering was proposing to legitimize Iran’s possession of a nuclear bomb capacity that only stopped one step short of assembling a bomb.

For the Shiite republic, UN endorsement as a nuclear power would be an epic triumph with ramifications for many years to come on its standing and the shape of the Middle East and Persian Gulf.

It would also endow Khamenei’s fatwa with false religious value – and not just for Sunni Muslims. Khamenei has neither the authority nor the erudition for issuing a binding Shiite fatwa either. Yet Pickering proposes extending the supreme leader a religious honor denied him by the leading Shiite clerics of Qom.

This fatwa has always been dismissed until now as a piece of propaganda designed to disguise the military aspects of Iran’s nuclear program and support Tehran’s claim that it was purely for peaceful use and research.

The stratagem floating around the White house for buttering up Khamenei and granting his edict international legitimacy just weeks before President Obama’s March 20 visit to Jerusalem is causing consternation among his Israeli hosts. It is a worrying pointer to the direction in which his Iran policy is heading.