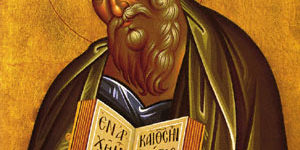 “For even the Son of Man did not come to be served, but to serve, and to give His life a ransom for many.” Mark 10:45

Now there have been eight head coaches. Once there was only the one. A legend. My hero. For twenty-nine years Tom Landry coached the Dallas Cowboys. Some youngsters splash their bedroom walls with posters of quarterbacks, running backs and star receivers. A poster of Coach Landry dominated my bedroom wall. I admired him for his Christian faith and for his coaching success.

A reporter once asked Coach Landry if he ever prayed to win. His response wasn’t particularly poetic, but I remember him saying that he never prayed to win—only that his team would perform well. I like that attitude. After all there may be Christian athletes suiting up on the opposing team as well. Praying for a win for myself means praying for a loss for my opponent.

James prayed to win. Forget the losers. There’s nothing like the sweet taste of victory. The cameras. The interviews. The endorsements. James, the son of Zebedee, one of Jesus’ twelve disciples, longed for a first-place trophy, but this ambitious disciple would instead receive a martyr’s crown.

Performing well should be its own reward. Winning will sometimes follow hard work, of course, but a life spent in a mad dash to climb the ladder of success may fill your pockets, but will only empty your heart. Life’s not about collecting ribbons and rewards. Life is about how many people we can serve. Do you want to be first at everything? Fine. You’ll get your trophies, but you won’t impress God. God is impressed with those who have a servant’s heart.

In Mark 10:35 we read, “Then James and John, the sons of Zebedee, came to Him saying, ‘Teacher, we want you to do for us whatever we ask.’” What did they want? They wanted to sit on the right side and the left side of Jesus in His kingdom—to sit next to the throne. To win. It didn’t really matter to them how their request might affect others. But Jesus responded soberly, “You do not know what you ask.” Heavenly thrones come at a price. If you doubt me, then be sure to look for the wounds in his hands and his side when you kneel one day before our Savior’s throne.

James would finally get his wish to be first, but not in the way he had planned. James was the first of the twelve disciples to die for his faith. Having laid aside his ambition for a life of service, James learned the virtue of self-denial, shepherding the first century church before facing an executioner’s sword (Acts 12:1).

Are you willing to set aside your ambition and serve the Lord in whatever way he chooses? Serving others till God calls you home? Come what may? There’s no greater reward.