Temper the Optimism About Fordow Blast 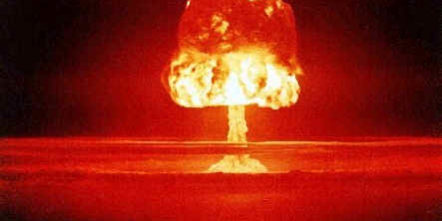 Iran’s official denial of reports of a major explosion at its underground nuclear facility in Fordow is heartening for those who are hoping that the rumors about a setback for the Islamist regime are true. The optimistic scenario would be based on the notion that if Iran is bothering to deny the stories of something bad happening, then something must have happened. But the unconfirmed rumors with details about hundreds of workers being trapped in the underground facility may also be a matter of hope being father to the wish, as many in the West would like to believe that some sort of covert intelligence activity or computer virus will be so successful as to relieve either the United States or Israel of the need to take overt military action to neutralize the Iranian threat.

If there is one place in Iran that Western observers would like to see spontaneously explode it is Fordow, where hardened bunkers built into the side of a mountain house Iran’s nuclear centrifuges. As the International Atomic Energy Agency reported last fall, it is there that the Iranians have stepped up their activity, enriching uranium at a rate that might soon accumulate enough material to allow Tehran to begin amassing their own nuclear arsenal. But even if the reports about an explosion are true, it is: a) by no means certain that the event was not an accident rather than part of a daring operation conducted by American and/or Israeli intelligence forces, and b) no guarantee that the Iranian program has been dealt anything more than an insignificant setback.

The objective lesson here is the widespread optimism within the U.S. government in late 2011 when the reports about the Stuxnet computer virus were first published. The assumption that the Iranians were either too unsophisticated or too dumb to cope with the virtual attack proved ridiculously optimistic. Stuxnet may have delayed the Iranian program, but it wasn’t stopped. Indeed, the Iranians not only redoubled their efforts in the subsequent year but also counterattacked with their own computer virus attacks against U.S. banks.

Thus, whether the Fordow rumors are substantiated or debunked in the coming weeks and months, no one should assume that this resolves the question about what to do about Iran’s nuclear threat. Making sure that Iran is–as President Obama promised in his foreign policy debate with Mitt Romney–deprived of a nuclear program will require more than cloak and dagger operations. An outcome that removes the danger of an Iranian nuke will mean that either Iran surrenders its nuclear option on its own in a verified program or a full-scale air assault on all of the Iranian facilities that would ensure that it would take many years and more treasure than the Iranians can amass to rebuild them.

Given the apocalyptic stakes involved in a potential nuclear weapon being placed in the hands of the religious fanatics in charge of Iran, the United States and Israel are justified in any effort they undertake to stop the Iranians, up to and including the use of force. That’s why Israelis are hoping that if President Obama is ever truly convinced that diplomacy won’t work, an American attack using Massive Ordinance Penetrator bombs that the Jewish state doesn’t possess will do the job at Fordow. But while we hope that all efforts to stop the Iranians, including diplomacy, sanctions and covert action, are successful, reliance on any measure that falls short of a comprehensive attack or verifiable and complete diplomatic surrender is probably nothing more than wishful thinking.