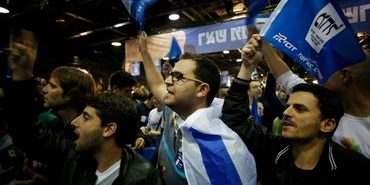 The unexpected election results have created daunting challenges for Prime Minister Binyamin Netanyahu. Many Israelis dislike Netanyahu. He has personality deficiencies and, like every Israeli leader since David Ben-Gurion, has made major mistakes.

But to his credit, over the past four years he has moved Likud to the center and achieved a national consensus. He succeeded in resisting concerted global pressures which would have undermined our security and has created an international awareness of the dangers of a nuclear Iran. He also made crucial strategic decisions that proved to be highly beneficial and undoubtedly provided greater security to the nation than his predecessors.

Had he gone to the polls as initially planned and not entered into the stillborn alliance with Kadima and subsequently consummated the joint list with Yisrael Beytenu, he would today be in an infinitely better position.

HOWEVER, THE extraordinary success of Yair Lapid’s Yesh Atid may in the long term prove a blessing for both Israel and Netanyahu. It may enable him to introduce highly overdue domestic reforms and to chart a balanced approach toward the Palestinians on behalf of a broad national government.

In viewing this, one must dismiss the media nonsense that the elections created an evenly balanced Right–Left division. Setting aside the fact that such terms are meaningless in this context, a government dependent on the support of 12 overtly anti- Zionist Arab MKs is inconceivable.

Nor has the nation moved to the Right. The elimination of liberals and the success of hard-liners in the Likud primaries reflected internal party machinations rather than a genuine national shift to the Right. However this cost Likud votes and Netanyahu’s subsequent efforts to compete for hard-right voters may have been counterproductive.

This election was not a vote of no-confidence in Netanyahu’s handling of the peace process, relations with the United States or foreign affairs. The only parties directing the campaign against Netanyahu’s external policies were Meretz and Tzipi Livni’s Hatnua, both of which combined only obtained 12 seats.

Despite some lip service criticizing the government handling of negotiations, the major opposition parties concentrated primarily on domestic social issues. In particular, Yair Lapid’s challenge against ultra-Orthodox extremism – his call to engage them in the draft or take up gainful employment, attracted many voters.

In terms of foreign affairs, despite the massive decline of support for Likud Beytenu, the vast majority of the electorate still prefer Netanyahu over all other candidates to retain the leadership.

A CONSENSUS prevails among Israelis supporting Netanyahu’s view that it is impossible to achieve peace with the Palestinians under their current leadership. Palestinian Authority President Mahmoud Abbas is now perceived as a charlatan, speaking with a forked tongue and committed to ending Jewish sovereignty no less than is Hamas. His comments this week regarding Zionist collaboration with the Nazis should not be surprising given his doctorate was premised on Holocaust denial.

However, most Israelis have no wish to absorb and rule over millions of Palestinians and oppose annexing the territories or creating a binational state. They favor the status quo, but only until such time as a genuine peace partner emerges and a Palestinian state no longer threatens Israel’s security.

Thus, in the present climate, most Israelis back Netanyahu’s unwillingness to make further concessions and endorse his efforts to achieve interim solutions.

There is awareness that we face unprecedented global pressures and that this is a critical moment in our history. We are surrounded by adversaries dedicated to our destruction. Aside from Hamas and Hezbollah, we have chaotic Islamist regimes in Syria, Egypt and possibly Jordan. We face an existential threat from Iran, which must be prevented from becoming a nuclear power.

IN THIS environment, with the Europeans ready to impose more unrealistic demands upon us, our ties with the US are more crucial than ever. Yet recent signals from the US administration are troubling.

Obama has nominated as defense secretary a man with a consistent record of hostility toward Israel and opposition to any form of military action against Iran.

Obama’s offensive remarks on the eve of the election that he has a better understanding of Israel’s needs than Netanyahu represented blatant interference in a sovereign country’s domestic affairs and a display of contempt for an ally.

Should Congress provide Obama with a free hand, over the next four years he could make our life extraordinarily difficult.

The US could suspend employing its veto against one-sided UN votes sanctioning Israel; there may be calls to accept the indefensible ’49 armistice lines as borders (with swaps which the Palestinians will never agree to); requests for additional territorial concessions to the Palestinians without reciprocity; demands for a settlement freeze including within the major settlement blocs and Jewish Jerusalem; pressure to divide Jerusalem, despite the fact that even most Israeli Arabs prefer to remain under Israeli sovereignty.

However, despite Obama no longer requiring votes or support for reelection and despite his obvious dislike of Netanyahu, he cannot simply ignore or overrule the wishes of Congress. Fortunately, as of now, the US-Israel relationship remains solid and Congress is committed to retaining the alliance.

To retain our strong ties with Congress and the American people, Netanyahu must create a broad government and demonstrate that he is acting on behalf of the entire nation. He would then have the ability to make concessions on secondary issues while remaining firm on those matters that can impact on Israel’s basic security requirements. He would also be able to demonstrate to the world that his policies are supported by the vast majority of Israelis and expose the falsehood of liberals seeking to depict Israel’s policies as being based on hardright influences rather than a national consensus.

THE PRINCIPAL obstacle which could thwart this would be his inability to retain support of both Shas and Yesh Atid and also respond to popular demands that haredim participate in the draft or national service and become encouraged to work for a livelihood rather than being lifelong recipients of welfare.

This will undoubtedly represent a key condition for Lapid joining the government and Shas (many of whose supporters, unlike United Torah Judaism, serve in the IDF) will be under pressure to compromise on this issue.

If Shas, Yesh Atid, Kadima and Bayit Yehudi join Likud-Beiteinu to form a coalition, Netanyahu would then preside over a stable government based on 74 MKs not subject to intimidation by any single faction.

The effervescent Naftali Bennett of Bayit Yehudi, whose dramatic surge was also a highlight of the election, will be obliged overcome his previous confrontations with Netanyahu and control the extremists in his party.

Failure to create a broad coalition would confront Netanyahu with a nightmare situation of heading a narrow government whose policies would be subject to the veto of haredim or ideological hardliners promoting annexation and convinced that we can stand alone without the support of a superpower.

Under such circumstances no stable government could be formed. The chaos arising from this would undermine our ability to confront our adversaries and withstand global pressures.

To avert this situation, we are entitled to demand that our political representatives behave as patriotic Israelis, suspend their differences and collaborate to promote the national interest.