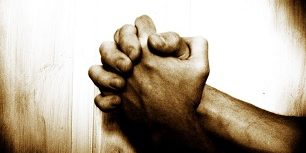 This past Tuesday was a day that somewhere, deep inside of me, I had fancifully dreamed would never come.

After three or four fitful hours of sleep, I awoke at dawn, downed a mugful of coffee, and proceeded to drive my oldest son to the Tel Hashomer military base, where he underwent his induction into the Israel Defense Forces.

My little red-headed child, I realized, was neither little nor a child any more. He was a man, and he was about to join an elite unit, don a uniform and take up arms to defend the Land of Israel and the Jewish people.

My pride, together with the lump in my throat, quickly began to swell.

Sure, when I made aliya in 1995, I knew that life in the Jewish state was a package deal. Along with all the beautiful idealism, the lofty goals and noble values, there would also be a hefty amount of obligations and responsibilities.

But knowing and experiencing are two vastly different things. Knowledge may engage the intellect, but living through something involves all of one’s sensory receptors, including the soul.

And believe me, hearing your firstborn child’s name called out over a muddled military intercom, and then watching him board a bus that will take him off to basic training is about as vivid and intense a stimulus as one can possibly imagine.

Looking around, I saw dozens of other parents and budding soldiers milling about, some laughing with nervous energy and even abandon, while others sat on benches, seemingly dazed by the solemnity of this momentous rite of passage.

And then it hit me like a bag full of bricks: despite my New York accent, my love of baseball as well as my utter disdain for local driving habits, I think I have now officially joined the ranks and become Israeli.

YES, AS far as the Interior Ministry is concerned, I have been an Israeli citizen for nearly 18 years, with an identity card, a passport and the attitude to prove it. But those are the accessories, the appurtenances of local life that we carry around with us as external signs of who we are.

Sending your child to the IDF creates a more powerful and penetrating bond, one that necessarily goes much deeper.

For all the talk of Zionist dedication and Jewish responsibility, there is no more compelling sign of one’s commitment to the greater good than sending your beloved offspring to protect the state.

Naturally, I couldn’t help but think about how different my own path was from my child’s.

When I was 19 years old, I was a student at Princeton University, which many of us viewed as a “country club with classes.”

Our biggest dilemma was trying to decide which keg party to attend on Saturday night or deliberating over who was the most attractive professor (the Italian 101 instructor, che bella!).

By contrast, Israeli youth spend their time considering which combat unit they wish to join and contemplating how best they can serve the nation.

As these thoughts surged through my head, for a brief moment, a mere second or two, I glanced heavenward and the word began to form in my mind: why.

Why must our children spend three or more years in green uniforms rather than amid the green grasses of a college campus? After 2,000 years of torture and torment, why won’t the world simply leave us alone and let us live? But this was no time for philosophical examination or theological inquiry. So I did what any Jewish father would do – I took hold of my son, fought back tears and gave him a bear hug before blessing him.

“You are about to perform one of the greatest mitzvot,” I then told him, “you are going to protect the Land of Israel and the people of Israel. Whenever we fulfill a commandment, we should do so with kavana (intention) and simcha (joy). So give it your all, and know that I am proud of you.”

He then boarded the steps on the bus, sat down, and threw me a wave as the engine started and it pulled out.

THIS SABBATH, when the prayer for the welfare of IDF soldiers is recited in synagogue, I know that it will pinch at my heart in a way it has never done before, because now the words have become personal, touching my family directly.

But in reality, it touches us all, because every day of freedom we enjoy in the Jewish state, every liberty we take for granted and every right that we cherish, is thanks in large part to those who stand in our defense.

“May He who blessed our fathers Abraham, Isaac and Jacob, bless the soldiers of the Israel Defense Forces who keep guard over our country and the cities of our L-rd,” says the prayer for our troops.

“May the Holy One, blessed be He, preserve our soldiers and save them from all sorrow and peril, from danger and illness.”

And I might add, may He bring them all back home safely, each and every one.