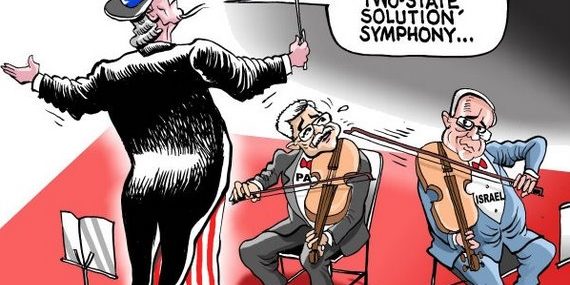 What in the world is wrong with Israel, that it cannot and does not make a clear and unequivocal case explaining why it is, at this moment, not eager to pursue the two state solution that has already been accepted by its government?

Why can’t it spell out – especially to its European critics – that this is not because Israel is against peace, but because under the present circumstances the creation of a Palestinian state in Judea, Samaria and Gaza would lead, not to peace, but to war and the possible extinction of the Jewish state? It is against this outplay that Israel’s reluctance towards Palestinian statehood needs to be communicated and grasped: It would not lead to peace, but to further war.

Yes, Israel should declare, without apology, that as long as the majority of the Palestinians and Muslims see the UN, US, Russia and Europe-backed peace process as a phase towards the ultimate eradication of the Jewish state from their Muslim midst, and the to-be-erected Palestinian state as a stepping stone towards achieving this goal, Israel will do nothing to facilitate it. Furthermore, Abu Mazen is in a weak position. When elections are held in the so-called West Bank, Hamas would win, turning the to-be-formed Palestinian Muslim state – as happened with Lebanon and Gaza – into a springboard from which to strike Tel Aviv and other Israeli cities.

This would certainly not lead to peace.

Even if, against the odds, Abu Mazen was to remain PA chairman for a while, by not severing contact and cooperation with Hamas in Gaza he cannot be trusted – by any intelligent Israeli leader – to keep his side of the bargain. And, by refusing to forfeit the right of return of the millions of Palestinian refugees to Israel proper, Abu Mazen is making it impossible for the majority of Israelis to trust him; this influx would also spell the end the Jewish democratic state in just a few years.

Having seen the results of Israel’s withdrawals from South Lebanon and Gaza – that these territories have become bulwarks of the very desire of the millions of Muslim extremists now in ascendency all over the Arab world to destroy and take over Israel by force – Israel needs to announce now, unequivocally, to the Israel-accusing world, that even if pressured by the entire international community, it will give no hand to this “final” solution of the Middle East conflict – a solution not of peace, but of Israel’s own dismantling and destruction!