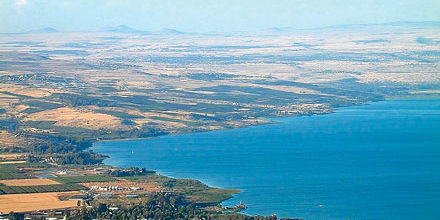 Israeli officials now believe that the region will receive more rain than expected this winter, bringing the Sea of Galilee back up to a level it has not been at in over 10 years.

Speaking to Israel’s Ma’ariv newspaper, Israel Water Authority official Dr. Amir Givati noted that due to abundant rainfall already this winter, the Sea of Galilee already began to rise in late October, more than a month before is typically starts to rise in the annual rain cycle.

“Our estimate at the beginning of the winter was that we were facing an average winter,” said Givati. “Today we believe that it will be more than that, at least in the north of the country.

The rise in the lake’s water level comes primarily from the northern part of the Jordan River and the streams that run down from the Golan Heights, all of which started flowing much earlier than usual.

“To see the Jordan River flowing at this time of year – that’s a phenomenon that takes place once every 20 years,” Givati said. “Streams like Ayun and Sa’ar usually begin to run only in the spring, but this year we’re already seeing them gushing.”