Israel, heed the words of your Prime Minister 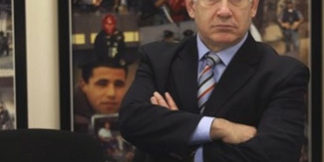 In recent weeks my heart has been heavy for the tremendous burden being shouldered by Israel’s Prime Minister, Benjamin Netanyahu. How does he address what seems an inevitable attack from Iran without alienating the international community and especially America’s President Barack Obama who, for almost four years, has been lethargic in his support for Israel? In an article I released a long time ago I cautioned Israelis not to succumb to worldly criticism but instead take to heart the words that Prime Minister Benjamin Netanyahu declared on Israel’s 62nd Independence Day anniversary, “Israel can only truly rely on itself.” Obviously, and with good reason, Prime Minister Netanyahu was reminding his nation and people that they cannot depend on the United States or anyone else in the international community to defend them if or when Iran attempts to fulfill its threats to wipe Israel of the face of the map. Netanyahu quoted Theodore Herzl, the respected Zionist leader of 100 years ago who said, “Don’t rely on help from strangers, don’t trust the charitable, and don’t wish for stones to grow soft.” And Netanyahu added, “A nation that wishes to stand tall must place all its trust in itself only.” This message is more relevant today than ever before.

While the international community has been deluding itself for years about the seriousness of Iran’s nuclear intentions, Iran openly and arrogantly continues to threaten to annihilate little Israel. The Islamist country has made clowns of world leaders who keep talking about diplomacy and sanctions to stop Iran from becoming a nuclear power. But of course all of that means nothing to Iran since the principal projected loser in this drama would be Israel.

What would happen if Iran attacked Israel? What exactly does Israel have to fear from an Iranian nuclear attack? The following expectations of consequences from any nuclear attacks anywhere in the world would include, but are not limited to, contamination of food and water, disease epidemics in crops, animals and humans, widespread cancers, radiation induced abnormalities, and irreversible genetic diseases.

It’s a known fact that Iran is (and has been) growing their nuclear capabilities for years. Obviously the first target of any Islamic jihadist nuclear attack would be Israel and the resulting dead would be uncountable. Hundreds of thousands would be crushed by collapsing buildings and torn to shreds by flying glass and objects. Raging fires would destroy additional thousands. Bodies would partially disintegrate, and then lie in the homes and streets all over the country. And they would probably lie there for a long time before all the damage could be tended to by devastated survivors. Overwhelming numbers of people would be injured and maimed, and health problems would afflict most survivors. Israeli medical facilities that survived the blast would be taxed beyond capacity. Water supplies would be both insufficient and unusable. Most survivors would suddenly have no housing. Transportation and communications would be largely wiped out. Food shortages would be critical. Israel’s economy would also be in ruins. Nearly all survivors would lose their jobs and means of livelihood. Police and fire services would be devastated and unable to cope with the needs. Electric power sources would be destroyed and all systems depending upon electricity would stop functioning. Sorrow and heartbreak would saturate the country.

So Prime Minister Netanyahu warned his people and nation again that, “Israel can only truly rely on itself.” Israel cannot rely on the United States or anyone else in the international community to stop Islamic Iran from fulfilling its deadly threats to annihilate Israel. However, I want to remind everyone inside and outside of Israel that the G-d of Israel is still alive and well. While Israel has the Iron Dome defense system above it,  G-d has His mighty arms spread out wide even above that. G-d has assured the entire world that He will never slumber nor sleep in His efforts to watch over, protect and preserve Israel. He has promised through His prophets that He will never again allow the restored nation of Israel to be destroyed.

It doesn’t matter how small or weak Israel may seem compared to other nations. The power of all other nations combined is not even a drop in the bucket compared to the power of the G-d of Israel. The biblical prophets also revealed that Iran and Russia would one day lead a large coalition of armies to gather on Israel’s land with plans to attack and destroy Jerusalem and the rest of the nation. But G-d will meet them head-on and divinely wipe out their armies before any enemy of Israel ever gets the first nuclear bomb fired at Jerusalem. Should this be interpreted to mean that Israel should act instead of react? Israel, heed the words of your prime minister and do not put your faith and trust in any country, alliance or treaty. Depend only on yourself knowing that the hand of the Almighty G-d is upon you.