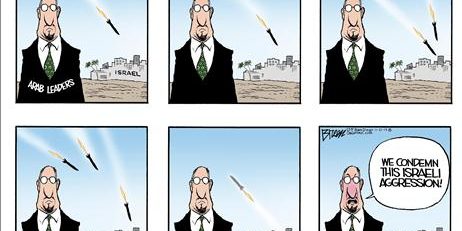 Prime Minister Binyamin Netanyahu said on Thursday that Israel is prepared to act if Hamas breaks the Egypt-mediated truce.

“The operation’s goals were met,” Netanyahu said. “I know there are citizens that expect a harsher stand in Gaza – and we are prepared to make one. We choose when to act, against who to act and how to act,” Netanyahu added. “Right now we’re giving the cease-fire a chance,” the prime minister said.

Senior IDF officials on Thursday said they believe Hamas and Islamic Jihad are intending to implement the cease-fire with Israel and prevent other terror factions from firing into Israel, but Defense Minister Ehud Barak clarified that the truce was merely an understanding and not an actual agreement.

Mediated by Egypt, the cease-fire reached Wednesday night brought an end to eight days of airstrikes on Hamas and Islamic Jihad targets in Gaza, and thousands of rockets and shells fired at Israel from Gaza.

Terrorist factions are due to hold damage evaluations across Gaza and discover the considerable damage incurred to them during the week-long operation to repress rocket fire on southern Israel, a senior defense source said.

Barak clarified that the cease-fire was not an agreement with Hamas but rather a document of understandings between Israel and Egypt, and between Egypt and Hamas. A document detailing the understandings was published by Hamas in order to boast its achievements, he said. “There is no agreement. I am holding the paper in my hands,” Barak told Israel Radio. Quiet will be met by quiet, he explained.

The IDF believes that contrary to the triumphalist public stance of Hamas, the Gaza regime is privately shocked by the level of damage it sustained.

The cease-fire, Barak said, “could last nine months, it could last nine weeks,” and when it stops working, Israel will know how to react.” The IDF source also cautioned, “We will follow all developments in Gaza, and we must be prepared for ‘days of rage’ that could be held on Friday in Gaza and the West Bank after prayers.”

The IDF remains on standby for any ceasefire violations, but is set to gradually disband the ground forces on the border with the Strip. “Any attacks will result in immediate responses,” the source warned.

Hamas leader Khaled Mashaal, speaking in Cairo after the truce was announced by the Egyptians, said: “If Israel complies, we are compliant. If it does not comply, our hands are on the trigger.”

If Israel needs to, it would send troops into the Gaza Strip, Barak told Israel Radio, but added, “The problem is not occupying Gaza, it’s leaving…I do not miss Israeli control over Gaza. It is no way a simple thing, and I don’t miss it,” he said.

In the hours following the quiet in the South overnight Wednesday, the IDF arrested 55 terror suspects across the West Bank, following a wave of violent demonstrations in recent days, the army said. The arrests included alleged organizers of riots from Hamas, Fatah, and Palestinian Islamic Jihad, as well as members of parliament suspected of being involved in the violence.