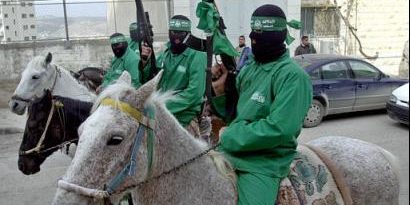 Defense Minister Ehud Barak approved the IDF’s request on Friday evening to increase the maximum number of reservists it could enlist, seeking cabinet approval to mobilize up to 75,000 troops ahead of a possible Gaza ground operation.

The Inner Cabinet, a group of nine senior ministers, met for over three hours to discuss the possibility of a ground operation into the Hamas-controlled enclave, but released no statements or indications as to what transpired during the meeting.

Foreign Minister Avigdor Liberman, however, told Channel 10 that toppling Hamas is not on the agenda as a goal for Operation Pillar of Defense.

“We are definitely considering a ground operation, but toppling Hamas, I think that’s something that the next government will have to decide,” he said.

Liberman also told Channel 2 that the IDF will only stop its attacks against Hamas and other terrorist organizations in the Gaza Strip once Israel accomplishes its goals of stopping rocket fire and increasing deterrence.

“Each time that Hamas fires , there will be a harsher and harsher response,” he added.

Debate over invading Gaza comes after three days of constant rocket-fire from the Strip, which has reached as far as Tel Aviv and Jerusalem for the first time, and targeted Israeli strikes against terrorist leaders and weapons depots in Gaza.

On Friday morning, IDF Chief of Staff Lt.-Gen. Benny Gantz issued draft orders to 16,000 out the 30,000 reservists the cabinet approved Thursday. Most of the reservists called up thus far serve in the IDF’s Engineering Corps.

The engineering corps would play a vital part in any ground operation into the Gaza Strip, enabling armored vehicles to move across the border into Gaza. The IDF operation to root out terror in the coastal territory has consisted of air raids on terror targets thus far.

IDF: Tonight will not be calm in Gaza

Earlier, the IDF sent text messages to 12,000 Gazan civilians, warning them to stay away from Hamas members.

The IDF warned that its activities would continue into the night on Friday, warning Hamas to take cover.

The IDF also revealed on Friday that it had taken out Hamas’s nascent drone program.

The military recently focused its intelligence efforts on a group of Hamas terrorists who were developing and producing drones designed to strike fortified targets in Israel.

The terrorists were under the instruction of Iranian technical instructors, and the ‘production team’ carried test flights in Gaza of the drones.

The IAF struck the test flight sites in recent attacks.