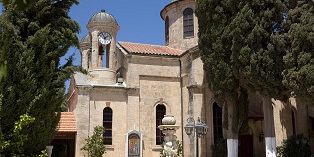 “Always be ready to give a defense to everyone who asks you a reason for the hope that is in you.” 1 Peter 3:15

Mrs. Taylor, my third grade teacher, taught me the multiplication tables.  When I concentrate I can still remember those days.  Nine times three—twenty-seven.  Nine times four—thirty six.  I remember having trouble with those nines, but I eventually mastered them all.  Marching in their dependable ranks and files, the discovery of numbers and logic at South Ward Elementary School created in me a deep love for mathematics, culminating years later in a mechanical engineering degree.

The slide rules, calculators and thermodynamic tables have long since been replaced by theology textbooks, baptismal certificates and the greatest bestseller of all time, but often I am asked, “Now that you are a pastor, do you regret all those years studying engineering in college.”  “No,” I quickly reply, “engineering taught me how to think.”

Philip too loved to think.  Appearing four times in the Bible, Philip, one of Jesus’ twelve disciples, shows a propensity for the details.  Maybe you’re like that.  You want to know every little thing.  You’re logical, accurate, scientific.  You didn’t check your brain at the door when you became a Christian.
In John 1 Philip, having just decided himself to follow Jesus, finds his friend Nathanael to tell him the news.  In his predictably detailed style Philip explained, “We have found Him of whom Moses in the law and also the prophets wrote—Jesus of Nazareth, the son of Joseph.”

Andrew, the very first disciple to follow Jesus, after finding his brother Peter to tell him, had simply said, “We have found the Messiah.”
Philip’s love for logic compels him to get it right—to be thorough.  God chose a disciple with a love for details because skeptics like Nathanael need proof.  Disciples like Philip are gifted at using truth to break the chains of ignorance and doubt.

On another occasion when a hungry crowd had no food, Jesus said to Philip in John 6, “’Where shall we buy bread?’ But this He said to test him.”  Twelve disciples for sidekicks and Jesus chose to test Philip, the logical one of the group.  In true form Philip answered him, “Two hundred denarii worth of bread is not sufficient for them, that every one of them may have a little.”

Quite right, Philip.  Your conclusion is accurate, but there is more to discipleship than numbers.  You too may be logical.  You have all the facts.  You know that Jesus died, but you have not yet believed that Jesus died for you.  You have not yet realized that the same Jesus who can turn a few fishes and bread into enough food for the crowd to eat, can also do a miracle in your heart.  Or you look at your circumstances, and they simply don’t work out logically.

Logic doesn’t contradict our faith as Christians, but sometimes our faith must go beyond our logic.  Like Philip, the logical disciple, you too can believe.