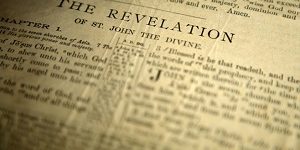 Israeli Prime Minister Binyamin Netanyahu was spot on in denouncing as “a disgrace and a stain on humanity” the appearance of so many world leaders in Tehran for the recent summit of the Non-Aligned Movement. Given Iran’s relentless demonization of Israel and its renegade quest for nuclear weapons, the attendance of dozens of kings, presidents and diplomats – not to mention UN Secretary-General Ban-Ki Moon – indeed showed the post-Holocaust pledge of “Never Again” is pretty hollow.

The nadir came when Iranian Supreme Leader Ali Khamenei lashed out at Israel as a state of “bloodthirsty Zionist wolves” and no one left the room.

The episode harkens back to the Évian Conference held in France in July 1938, when representatives from 32 free, democratic nations met to discuss the plight of increasing numbers of Jewish refugees fleeing Nazi persecution.

Convened just days after the Nazis annexed Austria, the gathering was meant to find safe havens for endangered German and Austrian Jews.

Yet every nation present – save the Dominican Republic – slammed their doors shut to Jewish immigration, sealing the fate of countless Jewish souls.

“Nobody wants them,” screamed the German newspaper Völkischer Beobachter.

A gleeful Hitler responded, “It is a shameful spectacle to see how the whole democratic world is oozing sympathy for the poor tormented Jewish people, but remains hard-hearted and obdurate when it comes to helping them.”

By attending the NAM summit in Tehran, far too many nations told the Iranians that their campaign to vilify and eliminate Israel is acceptable, tolerable, inoffensive… within bounds.

For the mullahs, the message once again was, “They don’t care what we do with the Jews. Nobody wants them.”

The growing Iranian nuclear threat against Israel has reached a critical stage. No one knows for sure whether Israel will respond by launching strikes against Iran’s nuclear facilities soon, as multiple media reports suggest. My sense is that we are sitting on a powder keg and even the smallest accident could set things off, but neither side is planning just yet to intentionally light the fuse.

Rather, Israeli leaders are still pursuing the “gunslinger strategy” – making a lot of commotion as if they’re ready to fire away in order to get the lethargic West to take action. This approach has produced tighter sanctions on Iran, but those measures have yet to slow Tehran’s advance toward nuclear capabilities.

Only a clear threat of US military action might be able to halt Iran in its tracks, and this is what Israel is angling for at present.

Meanwhile, Iranian leaders have stepped up their direct verbal assault on Israel in order to make this appear more of an Iran-Israel conflict, so that the region’s Arab states will equate opposing Tehran with taking Israel’s side. They also hope their bellicose threats will deter Israeli and Western preemptive actions, and draw global anti-American sentiment into their corner.

This confrontation will likely keep building for many more months to come and could eventually force all nations to choose one side or the other. This is exactly what Iranian president Mahmoud Ahmadinejad has been pushing for over recent years. And yet ironically, the Bible says God also wants to bring the nations into the “valley of decision” over Israel and a Jerusalem restored to Jewish hands (Joel 3:12-14).

The prospect of a thermonuclear device being detonated in Israel’s crowded coastal plain is frightening. But I do not believe it will actually ever happen. Somehow, Israel will be delivered from this peril! I can say this with confidence because I do not believe that God has re-gathered the Jewish people back to the Land of Israel for mass annihilation in some mad nuclear holocaust.

Instead, the Bible is clear that the restored nation of Israel is destined for redemption, not annihilation. There are just too many Scriptures which assure us of this.

Isaiah 60 and 62, for instance, promise that even amid “gross darkness” covering the earth, the glory of the Lord will arise upon this nation because His presence will abide here. Isaiah 2 and Micah 4 concur that even though many nations may conspire to destroy Israel, God will exalt this nation to a place of prominence in the earth, and “no one shall make them afraid.”

Zechariah 12 agrees with these same passages that Israel is headed for glory and the nations for judgment. For the purpose of God is to use a restored Israel as a magnet to draw up the nations against Jerusalem as a means to judge them for their rebellion against Him.

In the process Israel may become imperiled, but she will never be annihilated, because “in that day the Lord will defend the inhabitants of Jerusalem” (Zechariah 12:8).

Joel 3:16 also affirms this will be a time when “the Lord will be a shelter for His people, and the strength of the Children of Israel.”

In one overarching verse, Jeremiah 30:11, this is all put in proper perspective. “‘For I am with you,’ says the Lord, ‘to save you. Though I make a full end of all nations where I have scattered you, yet I will not make a complete end of you. But I will correct you in justice, and will not let you go altogether unpunished.’” That is, Israel does not totally escape the corrective hand of God, but she will not share the fate of the other nations, who are finally brought low under His mighty power. And in fact, Isaiah 40:1 suggests that Israel may have already “received from the Lord’s hand double for all her sins.”

Now all of these biblical promises are reassuring, but it does not mean that we can just sit back and wait for things to happen. Rather, Christians have a positive moral duty to stand up against evil plots like those being concocted by Ahmadinejad and his cohorts in the Iranian Revolutionary Guards. The overwhelming Christian silence in the face of the Holocaust demands that we take genocidal threats against the Jewish people seriously and speak out forcefully against them.

Israel will be delivered, but who knows whether that deliverance will come through our voice – whether in prayer to an Almighty God or in urging our leaders to make the right and just choice when it comes to Israel.