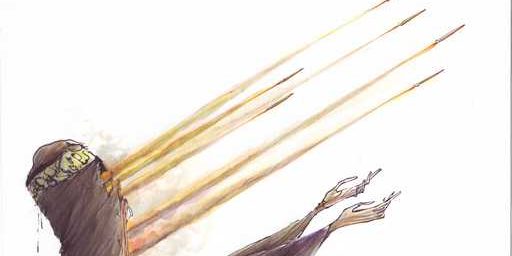 Defense minister Ehud Barak and Chief of Staff Lt. Gen. Benny Gantz decided Wednesday, Oct. 24, that the heavy Palestinian missile assault from the Gaza Strip, which escalated to 60 rockets on Israeli civilian locations, in a few hours, must be stopped. The bulk of the personnel taking part in the joint Israeli-US war game Austere Challenge 12 and the Turning Point 6 home front exercise were ordered to pull out, together with anti-missile interceptors and other resources, and redeploy in southern Israel across from the Gaza Strip.

Following this decision, another 13 rockets were fired at Ashkelon early Wednesday afternoon.  debkafile’s military sources report that the two exercises were effectively halted – “reduced” according to the official communiqué – after a wide range of towns and villages within range of the Gaza Strip, including Ashkelon, took a heavy beating from round after round of rockets, including Grads.

Two Thais working in the fields of the Eshkol district were flown to hospital in critical condition. Several properties were seriously damaged and local schools and work places remained closed.

The concentrated assault on Ashkelon, against which 7 rockets were intercepted by Iron Dome batteries, is taken by Israel’s top commanders as the opening shot of a major Hamas offensive, with worse to come.

Our sources report that officials in Washington and Jerusalem are in tense discussions over what to do with the 1,000 US troops, the American Patriots and the US warship standing by with an Aegis anti-missile battery, assigned to the three-week joint exercise which started Sunday.

On the one hand, the joint exercise’s mission was to practice the defense of Israel against potential Iranian, Syrian, Hizballah and Hamas missile attack. The current Hamas assault would seem to be an appropriate operational pitch for the American soldiers to practice tactics in real combat.

But the last thing President Barack Obama wants at this time is direct US military involvement in any Middle East war arena, certainly before the Nov. 6 vote. Using the Gaza scene for practice holds the potential of drawing US soldiers at some point into spiraling combat against the Palestinian Hamas and ultimately the Lebanese Hizballah.

In September, the two terrorist organizations signed mutual defense pacts under Iran’s aegis, obligating Hizballah to open a second front against northern Israel if Hamas comes under Israel attack in Gaza. The defense minister warned Wednesday that while Israel is not eager for ground action in the Gaza Strip, its army is committed to doing everything necessary to restore calm and security to southern Israel.

President Shimon Peres was the first statesman to connect the rising Hamas aggression to the visit of Sheikh Hamad bin Khalifa Al Thani of Qatar in Gaza City Tuesday with a fat check for “development construction”.

No sooner had he departed, than the Islamist group ruling Gaza let loose with salvoes of rockets against Israel.

Peres commented Wednesday said that it is intolerable for the rulers of Gaza to receive millions of dollars form the Emir of Qatar and shoot rockets. Nowhere in the world, whether London or New York, would it be acceptable for money awarded for building materials to be spent on rockets. Israel cannot put up with any more of this, said the president. “It is up to Gaza to choose between development and terror and murder.”

The Qatari ruler’s motives in his visit were not exactly constructive, debkafile reported on Oct. 22. He came to extend the regional ambitions which found expression in his intervention in the Libyan revolt and the Syrian conflict. Now, he is bidding to shore Hamas up as a force for reining in Salafi and al Qaeda lawlessness in Sinai before it cuts into Qatari influence in Libya. Israel may find itself not only up against Islamist terrorists but their Qatari sponsor too.

Our military sources predicted then that his visit would encourage Hamas to flex its muscles against Israel to impress its new patron.

The Gaza terrorist crisis ties in with a parallel alert declared by Israeli, US, Egyptian and Jordanian counterterrorism agencies for the coming Eid al Adha festival starting Oct. 25. Our sources revealed that Salafi and al Qaeda cells in Egyptian Sinai are poised to unleash coordinated terrorist attacks on US and Egyptian targets in Sinai and in Israel to avenge Israel’s targeted killing of two senior commanders of the Salafi-al Qaeda Sinai-Gaza network. Perpetrators of the Benghazi murders of 4 US diplomats are among the jihadi reinforcements coming in from Libya.