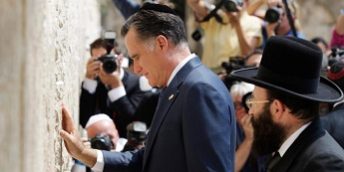 Monday night’s debate on foreign policy between President Obama and his Republican challenger, Mitt Romney, saw plenty of tactical agreement on issues such as strengthening sanctions against Iran and the need for a U.S. withdrawal from Afghanistan. But at least one topic — how America should approach the Middle East — provided a marked contrast between the candidates.

That region has been a particular thorn in the side of the Obama administration. To be sure, the White House has had its share of tactical successes, chief among them the killing of al-Qaeda mastermind Osama bin Laden in May 2011. But in the main, Team Obama has struggled to keep pace with the changes that have percolated over there.

The record is damning. The Obama administration has stood on the sidelines of the now year-and-a-half-old civil war in Syria, where dictator Bashar Assad has murdered some 30,000 of his own citizens. It abandoned Egypt’s secular strongman Hosni Mubarak when anti-regime protests erupted there in early 2011, and since has acquiesced to the rise of a radical Islamist regime in Cairo. And it has fumbled its official response to recent flashes of anti-American terrorism and instability in places such as Libya and Mali.

In the opening minutes of the debate, Romney took great pains to sketch out an alternative. The Romney plan for the Middle East is all about “smart power” –keying foreign aid to democratic progress, promoting the rule of law and enshrining equality of gender. The end goal, however, is clear: to reduce maneuver room for radicals such as al-Qaeda (which, while down, is decidedly not out) and to provide the countries of the region with the tools to decisively reject religious extremism. By doing so, Romney sent an unmistakable signal that his White House would take up an issue that has largely been abandoned by the current one — the battle for hearts and minds in the Muslim world.

Romney’s strategy for the region is worlds apart from Obama’s more tactical approach. It’s also an affirmation of the familiar principle of “peace through strength” — the notion that America and its allies are safer when the United States backs its principles with both diplomatic strength and military resolve. That, at least, is an idea that’s long overdue for a comeback.