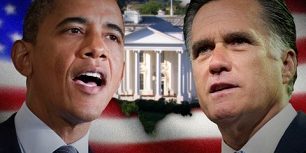 During the debate, which was devoted to foreign policy, both candidates said they would stand by Israel should it be attacked by Iran.

“If Israel is attacked, America will stand with Israel,” US President Barack Obama said when asked that question by moderator Bob Schieffer.

GOP challenger Mitt Romney echoed Obama, saying, “if Israel is attacked, we have their back, not just diplomatically, not just culturally, but militarily.”

But both candidates declined to answer what they would do should they receive a phone call informing them that Israel was attacking Iran.

“Let’s not go into hypotheticals of that nature,” Romney responded, adding that the US relationship with Israel was so close that, “We would not get a call saying our bombers are on the way, or their fighters are on the way. This is the kind of thing that would have been discussed and thoroughly evaluated well before.”

Obama, for his part, did not address the question, instead relating to other aspects of Middle East policy that Romney broached as part of his answer.

Romney repeatedly referred to tensions between the US and Israel, saying that the president’s omission of a visit to Israel during his Middle East tour in the first year of his term was noticed by Arab states, and that “daylight” between the two countries that was noticed by Iran.

Obama responded by talking about the trip he took to Israel as a candidate in 2008, contrasting it with Romney’s own visit this summer, which included a high-priced fundraiser.

“When I went to Israel as a candidate, I didn’t take donors. I didn’t attend fundraisers,” Obama said. “I went to Yad Vashem, the Holocaust museum there, to remind myself the nature of evil and why our bond with Israel will be unbreakable. And then I went down to the border towns of Sderot, which had experienced missiles raining down from Hamas.”

And he said that when it came to the relationship with Israel and other allies, “Our alliances have never been stronger, in Asia, in Europe, in Africa, with Israel, where we have unprecedented military and intelligence cooperation, including dealing with the Iranian threat.”

On Iran, Romney labeled it “the greatest national security threat” America faces, and repeatedly noted that Tehran is now “four years closer to a nuclear weapon” than when Obama entered office.

Obama, in contrast, pointed to terrorist networks as the biggest threats. But he stressed, “Iran will not get a nuclear weapon.”

Though red lines on Iran have been getting a lot of attention recently, Obama staked out one on Egypt during the debate.

“They have to abide by their treaty with Israel. That is a red line for us, because not only is Israel’s security at stake, but our security is at stake if that unravels,” he said.