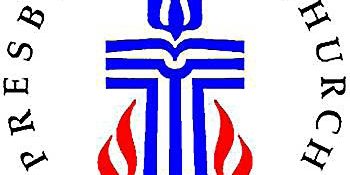 Cancelling an interfaith dialogue meeting, the Jewish Council for Public Affairs and other Jewish groups have called for a summit with the heads of Jewish organizations that have been engaged in the roundtable and the heads of the Christian denominations that penned a letter to Congress calling for an investigation into Israel’s use of the U.S. military aid.

“The letter signed by 15 church leaders is a step too far,” said JCPA President Rabbi Steve Gutow.  “The participation of these leaders in yet another one-sided anti-Israel campaign cannot be viewed apart from the vicious anti-Zionism that has gone virtually unchecked in several of these denominations. We remain committed to the enterprise of interfaith relations because it is central to the development of a just and righteous society.  But these churches have squandered our trust.  They either refuse to pay attention to our plea for a fair appraisal of the situation or they simply do not care.  Their stony silence to the use of anti-Judaism and relentless attacks on the Jewish state, often from within their own ranks, speaks loudly to their failure to stand up and speak the whole truth about what is occurring in the Middle East.”

“It is the right of these Christian leaders to say what they want to Congress or anyone else,” added JCPA Chair Larry Gold.  “And it is our right to say ‘enough is enough.’  We will continue to be vigilant against anti-Christian, anti-Muslim, and anti-Palestinian activities wherever and whenever we see them because it is the right thing to do.  If only the leaders of these churches cared a fraction as much about the anti-Israel and anti-Zionist activities that have found comfortable homes in their denominations. How tragic that some of our counterparts in the churches are not only silent to this invective, they are responsible for it. ”

In a letter to the participants in the now cancelled meeting, the Jewish groups acknowledged disappointment in the roundtable’s ability to address deteriorating relations.  The letter expresses continuing commitment to dialogue and interfaith relations, but also acknowledges that the church letter “precludes a business-as-usual approach.”  The text of the letter is below.

JCPA, the public affairs arm of the organized Jewish community, serves as the national coordinating and advisory body for the 14 national and 125 local agencies comprising the field of Jewish community relations.