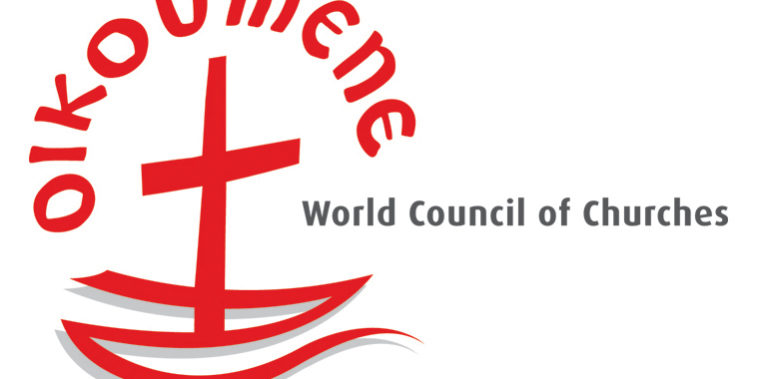 The recent initiative by a group of Protestant Christian leaders calling on Congress to re-evaluate military aid to Israel is a nauseating example of applying double standards against Jews and Israel under the cloak of piety and hypocritical sanctimoniousness.

The signatories include leaders of the Lutheran, Presbyterian, Methodist and National Council of Churches. Although many of the rank and file members of these churches are supporters of Israel and unaware of these activities, their radical anti-Israeli leaders have obviously not been inhibited from taking such action despite being aware of the role of their churches in demonizing, persecuting and murdering Jews over the past 2,000 years.

One is tempted to suggest that some of the current Lutheran leaders have inherited the anti-Semitic poison of their 16th century founder, Martin Luther, who after failing to convert the Jews, called on his followers to murder these “poisonous envenomed worms” and set fire to their synagogues and schools. They have simply redirected his anti-Semitic obsessions toward the Jewish state in lieu of individual Jews.

These Protestant Christian groups share a common belief in the displacement of the Old Testament by the New, in stark contrast to evangelical Christians who reject this approach and do not believe that permanent exile is God’s punishment for Jews’ rejection of Christianity.

The timing of this appeal to Congress to effectively end military aid to Israel magnifies their malice. Today, Israel faces greater threats to its existence than at any time since its establishment. It is the only country in the world whose neighbors would launch a war designed to annihilate it tomorrow if they felt they could succeed.

It is a time when a nuclear Iran poses a potentially existential threat to Israel; Islamic fundamentalism has widened the scope of its influence and menaces Israel’s security at virtually every border; the anti-Semitic Muslim Brotherhood, the creator of Hamas, holds the reins of power in Egypt and threatens to undermine the peace treaty with Israel; al-Qaida operates freely in the Sinai Peninsula and threatens Israeli civilians; Iran’s surrogate, Hezbollah, aims thousands of missiles at Israel’s major population centers; Hamas continues to launch missiles from the Gaza Strip at innocent Israeli citizens; and Syria is engulfed in a bloody civil war between al-Qaida, jihadist groups and President Bashar al-Assad’s Alawites, with 30,000 people already killed.

One must ask: Is this a time for “Christians” to call on Congress to limit military support for an embattled Jewish state?

And the utter humbug in which they sanctimoniously couch their approach is to claim that they wish “to help build a peaceful and resilient civil society” and “seeking a just peace for Israelis and Palestinians” — despite many having been at the forefront of boycott, divestment and sanctions campaigns against the Jewish state.

They act as though Israel represents the obstacle to peace talks, but Palestinian Authority President Mahmoud Abbas refused to deal with Israel even after Prime Minister Benjamin Netanyahu implemented an unprecedented 10-month moratorium on settlement construction in a futile effort to bring the Palestinians to the negotiating table.

The church leaders complained bitterly about the settlements, which, beyond the major blocs, amount to a minute proportion of the West Bank population. They conveniently overlook the fact that two Israeli prime ministers offered the Palestinian Authority virtually the entire West Bank but were rebuffed without even a counter-proposal. They also disregard events following the Israeli unilateral withdrawal from the Gaza Strip when the areas ceded were transformed into launching pads used to hurl missiles deep into Israel.

“Christian” sensitivities were apparently equally undisturbed by the vicious anti-Semitic incitement and hatred and the sanctification of terrorist mass murderers not only by Hamas but also the Palestinian Authority, both of which to this day still deny that there is any Jewish link to Jerusalem.

And, if that were not enough, the bizarre behavior of these Christians is exacerbated by their blindness and insensitivity to what is happening to their own Christian kinsmen in the region. In Egypt, Saudi Arabia, Pakistan, Iran and most Muslim countries, freedom of religion other than Islam is absolutely prohibited. Christians are persecuted and not a day goes by without reports of pogroms and murders against Christian minorities, especially Coptic Christians in Egypt. Tens of thousands of Christians flee Arab countries whenever Islamists assume control.

Are they not aware of the mandatory death penalty which Islamic jurisprudence imposes on converts from Islam to Christianity or any other religion? Or the death penalty for blasphemy which is repeatedly applied to infidels?

Yet these “Christians” have the gall to call on Congress to restrict military aid to the sole democracy and only country in the region in which Christians and members of all faiths are guaranteed freedom of worship. A country in which Christians are to be found at every level of Israeli society, including the Knesset, the Supreme Court and academia.

When it is suggested that these Christians are biased against Israel or motivated by anti-Semitism, they will indignantly insist that they are merely seeking justice for the oppressed Palestinians suffering under Israeli occupation. They conveniently ignore the fact that granted security, the vast majority of Israelis yearn to separate themselves from the Palestinians and have no wish to rule over them.

To their credit, most American Jewish leaders have responded with indignation and anger to this primitive display of double standards against the Jewish state.

Jewish Council for Public Affairs President Rabbi Steve Gutow accused the signatories of being “out of sync with mainstream values” adding that “we eagerly await the day when these church leaders step away from the troubling fixation on hurting Israel and adopt an approach to peacemaking that fosters reconciliation rather than conflict.”

The Rabbinical Assembly, the international association of Conservative rabbis, stated that such callous and biased behavior by these Christian groups warrants a re-evaluation of their organization’s interfaith activities.

They also assert that aside from the double standards employed in this call to Congress, the timing of such an initiative, in the midst of the Jewish holidays and the absence of any prior consultation, is an “egregious breach of trust” that challenges the merits of maintaining interfaith dialogue with such hostile groups.

And full marks to Abe Foxman and the Anti-Defamation League, who withdrew from an Oct. 22 interfaith event with these groups and called on all other Jewish groups to do likewise.

In a post-Holocaust era in which Israel and the Jewish people are no longer powerless, there is no need to humiliate ourselves by sharing platforms with Christian denominations that behave toward us or the Jewish state as their predecessors behaved toward Jews in the Middle Ages.

Fortunately, there are numerous other Christians, like the many evangelicals who passionately love the Jewish state, and Catholics influenced by the Vatican Council’s 1965 Nostra Aetate, who have demonstrated their strong support for Israel.

The writer’s website can be viewed at www.wordfromjerusalem.com. He may be contacted at ileibler@leibler.com.

Red Alert: Can Anyone Explain Israeli Politics (and how it relates to global antisemitism and anti-Zionism)?
November 9, 2022
Israel Is Not an Apartheid State
June 9, 2022
Red Alert: Not just the rise, but the acceptance of antisemitism—what can we do about it?
May 18, 2022
Glory or weakness?
March 22, 2022
Germany loosens asylum requirements for Ukrainian Jews amid ongoing war with Russia
March 10, 2022
Iranian media slanders Zelensky with antisemitic article
March 10, 2022