Iranians are beginning to panic amid rising costs 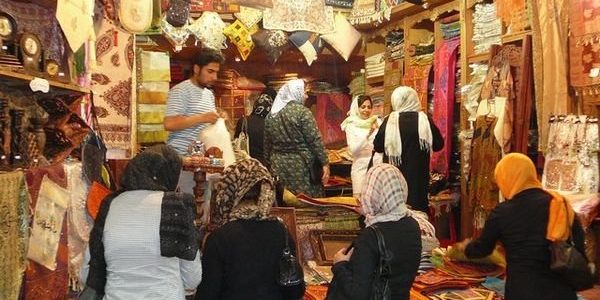 Iran has long sought to play down the effects of international sanctions on its economy but the economic crisis engulfing the country can no longer be denied.

The regime of President Mahmoud Ahmadinejad now talks of an “economic war” but Iranians are beginning to panic about the deteriorating situation and are asking themselves what will happen next.

Pensioner Kamal G no longer understands the world as he stands in a butcher’s shop waiting to purchase minced meat. The price for a kilo sets him back over 200,000 rials ($ 16), more than double what the 73-year-old paid just two months ago.

Kamal has been unable to afford steaks for a considerable time while chicken moved out of his price range a couple of weeks ago. Soon even minced meat will be beyond his budget.

“Soon I will be spreading atomic energy on my bread,” he says in a joking reference to Iran’s controversial nuclear programme which has prompted the sanctions.

The sanctions imposed by the US and European Union have finally been having the desired effect on Iran since the beginning of the year.

“The suspension of any co-operation by international banks with Iran is the worst one of all,” says one economics expert in Tehran. “Nobody can pay or get paid.”

Iran lost between 25 and 40% of its primary income as a result of the oil embargo while sanctions have also crippled the country’s hopes of attracting foreign investment. Small businesses that have for decades enjoyed a healthy export trade can no longer continue doing business with foreign companies as a result of the banking embargo.

Iran is looking at opening up alternative trading channels in Latin America and Africa but economic experts do not take this plan seriously.

The value of the rial is seen as a symbol of the crisis. The national currency has lost two-thirds of its value against foreign currencies since the beginning of the year and even sectors that have nothing to do with foreign markets are feeling the effects.

Even the bazaar merchants who are considered a part of the establishment and in many cases supporters of Ahmadinejad have had enough.

“How can I conduct responsible business when the currency rates change dramatically from one day to the next?” asks Hossein-Ali, a merchant in Tehran’s Grand Bazaar. The continued uncertainty led Hossein-Ali and many other merchants to decide on a short-term strike last week.