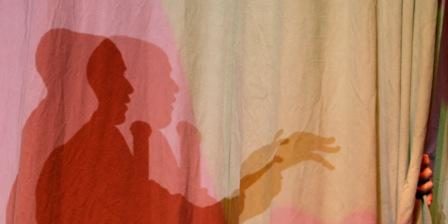 On Monday, Republican presidential candidate Mitt Romney took President Obama to task for his administration’s disastrous handling of American foreign policy, which has had catastrophic consequences — most recently in the form of the heinous attacks against our embassies in Libya and Egypt. To understand what happened in Benghazi or in Cairo requires more than poking around the rubble, wiping off some of the ashes and pronouncing the whole thing a tragedy. The German invasion of Poland wasn’t the tragedy; the Munich Agreement was. Similarly the tragedy wasn’t the consulate and embassy attacks, but the foreign policy that caused them to happen.

The Obama Doctrine sought to resolve the War on Terror by dividing Islamists into two camps: the moderate political Islamists and the extremist violent Islamists. These categorizations were wholly artificial and everyone from Obama on down knew how artificial the differences between the so-called extremists and moderates were.

In Libya, the Muslim Brotherhood had transitioned the Libyan Islamic Fighting Group from the status of violent extremists allied with Al Qaeda to political Islamists committed to political reforms. That did not actually make the LIFG, which exploited its newfound moderate status and the freedom that came with it to go on fighting Gaddafi as part of the civil war, non-violent. The difference between the Al Qaeda-affiliated LIFG and the Muslim Brotherhood-affiliated LIFG was a few pieces of paper.   But the gruesome absurdity of the whole thing was laid out plainly for all to see in Afghanistan. The plan for Afghanistan was not to defeat the Taliban, though that was how it was sold to the American people, it was to divide the Taliban into moderates willing to engage in a democratic political process and extremists who would be defeated and isolated.

The Afghanistan surge, which cost nearly 1,500 American lives, was a brute force mechanism for engineering a divide that was supposed to result in the military defeat of the Taliban and their transformation into a political party. The Taliban would be free to lock up Afghan girls again, so long as they did it after winning a democratic election.

The difference between Afghanistan and the Arab Spring countries is that those countries had strong governments capable of suppressing Islamist groups and forcing them to resort to the political process to accomplish what they could not manage through violence. However Obama’s withdrawal timetable made it clear to the Taliban that all they had to do to win in Afghanistan was wait him out.

“Our enemies are little worms. I saw them at Munich,” Hitler told his generals. The Taliban commanders have likely shared a similar opinion of Obama’s coterie of amateur peacemakers and of the great man himself.

1,500 American soldiers died in Afghanistan to improve Obama’s leverage in his failed bid to transform the Taliban into a political party. It is hard to think of any aspect of his foreign policy more hideously repulsive than this simple fact.

The greatest error of the Obama Doctrine lay in assuming that the political path and the military path represented a fundamental and irreconcilable parting of the ways between moderates and extremists, when they were actually just two approaches for seizing power. Hitler used the political process to come to power, but then went back to the same old tactics to stay in power and to expand his power base.

The Muslim Brotherhood’s credo, “Allah is our objective; the Quran is our law, the Prophet is our leader; Jihad is our way; and death for the sake of Allah is the highest of our aspirations” made its ends clear without specifying how they had to be achieved. The political revolution or the suicide bombing were two means to the same end.   Obama attempted to use the Muslim Brotherhood to achieve his objective of ending the War on Terror by isolating the violent Islamists and bringing them over into the ranks of the political Islamists. But the rise of Salafist violence in countries taken over by political Islamists has rekindled the War on Terror. North Africa is burning and the Islamists are the ones holding the torch.

The attacks of September 11, 2012, showed that not only had Al Qaeda not been defeated, but that the Islamist takeovers of Benghazi, Tunisia and Egypt had actually given it more freedom to operate. The overthrows of Gaddafi and Mubarak had left the security of the Benghazi consulate and the Cairo embassy in the hands of the Muslim Brotherhood. And the Muslim Brotherhood has always been at war with the United States.   Obama had taken credit for the Arab Spring and the defeat of Al Qaeda, but the attacks were a reminder that Al Qaeda was not defeated and that the governments of the Arab Spring now had him at their mercy. The plan to divide the Muslim Brotherhood from the other Salafists had failed.

Instead it had put the Muslim Brotherhood into the position of being the brokers of the Salafist violence, offering their protection against the “extremists” even while letting them do their worst.

In North Africa, the Obama Doctrine put the Muslim Brotherhood in power, and despite their current “moderate” political status, it will take a coup, a revolt or a war to get them out again. In Afghanistan, the Obama Doctrine squandered 1,500 lives to create a moderate Taliban while losing the war. In the Middle East it has destroyed every peace process that Israel has engaged in. All of these are the overlooked tragedies that will lead to true bloodshed.

Like Chamberlain, Obama’s appeasement has given an aggressive supremacist ideology a confidence boost and a deep foothold in vital strategic territories, while dismantling and demoralizing allies. The Islamist program has moved ahead a generation, far faster than its leaders ever dared to anticipate. Osama Bin Laden is dead, but his phase of terrorist attacks is outdated now that Islamist parties and militias control entire countries that are far richer and better armed than Afghanistan.

The Obama Doctrine has been implemented and its net result has been to accelerate an inevitable war by a generation, and as the two-thousandth soldier killed in Afghanistan returns home in a flag-draped coffin, that victim of Obama’s cynical politics of appeasement is one of a number that may one day fall into the millions.