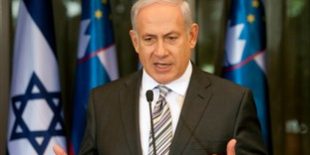 Prime Minister Binyamin Netanyahu announced early elections on Tuesday evening, saying they must be held “as soon as possible.”

In a televised press conference, Netanyahu said that following meetings with coalition partners earlier in the day, he had come to the conclusion that the current Knesset would not be possible to pass a responsible budget, and therefore it was in the nation’s best interest to hold early elections.

Earlier Tuesday Likud sources said that Netanyahu would hold elections earlier than scheduled in order to catch his opponents off guard and to minimize damage to the economy.

The date previously discussed, February 13, 2013, will mark four years since the last election. If the Knesset is dissolved on October 15, the earliest possible time to hold an election would be January 15, 2013.

The prime minister said that amid a global economic crisis, Israel had succeeded in maintaining a strong economy and a low level of unemployment. Netanyahu referred to challenges posed by the Iranian threat, a turbulent Middle East, border security and efforts to maintain peace treaties with Israel’s neighbors.

He said that a responsible budget was required in the face of economic and security challenges and called on the people of Israel to re-elect him.