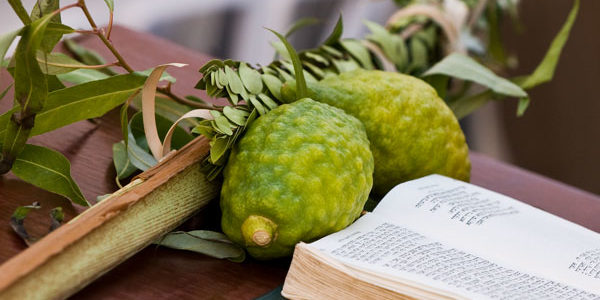 This week, hundreds of thousands of Jews will ascend to Jerusalem filling its roads, holy sites, and public parks over the festival of Succot. In addition, Jerusalem will be the focus of attention for millions of Jews across the world celebrating the holiday. But in a year when tension between Jews has dominated local and international headlines, Jerusalem stands at the center of this debate and has something unique to teach us about tolerance, unity and the power of our shared heritage.

Succot has always been a time for visiting Jerusalem. This was true during the times of the First and Second Temples and is just as real today. Today the city offers something for everyone – whether you come for the famous priestly blessing ceremony at the Western Wall, a tour of Israel’s largest succa in Safra Square or the lively music festival in Liberty Bell Park, the city is alive with action. But there is something crucial taking place in Jerusalem that is often overlooked.

Despite Jerusalem’s wide variety of communities and visitors, it is a rare example – and perhaps the largest in the world – of Jewish unity. Jerusalem is a city that welcomes its visitors and residents with open arms, regardless of their level of practice or religious observance. Virtually every walk of Jewish life is seen streaming through the streets and alleys of this unique city and yet we so often take it for granted. Nobody is checked for the color or size of his or her head-covering or indeed whether you are wearing one at all. The city doesn’t care if you are man, women, old or young – Jerusalem welcomes each of us and offers an enriching experience every time. But this openness and harmony that sings through the streets of Judaism’s eternal capital does not always come naturally.

This year, we have witnessed tectonic changes as the debate within the State of Israel and among the Jewish people heats up around Israel as both a democratic and Jewish state. In particular, we have seen outpourings of public activism and even anger around issues such as the widening gaps between rich and poor, haredim and their developing role within society, and the relationships between people’s private beliefs and our national collective identity. Jerusalem is not only the capital of our country, but also a place where many of these issues are magnified.

Making matters worse, we have seen a complete failure of the national political framework to resolve these questions, instead we see each faction playing power and influence games, rather than working together to create constructive and practical solutions. And with the threat of a serious war looming overhead, this is not a time when we can afford to be divided.

Thankfully, Jerusalem’s people and dedicated organizations have risen beyond the politics and troubles by working to hold the social fabric of our city, and the Jewish people, together. Meetings are held between haredi, secular and religious Jews to break down stereotypes and find ways of building a future in Israel together. Students and soldiers are brought from around the country, and even the globe, to learn about the unifying power of our Jewish identity, and are warned of the dangers in allowing it to divide us. Israel’s up-and-coming leaders and opinion-makers participate in special seminars to increase tolerance and build bridges of understanding Jerusalem is as fragile as the wider Jewish family, but when utilized for good, it is one of our most powerful tools and especially crucial in a time as sensitive as this one. So while the fears of change and hostility unsettle many, we can turn to Jerusalem – especially on Succot – for a reassuring lesson.

One of the many characteristics of this holiday is that of peace. This peace is expressed in a unique phrase that is worth examining: “succat shalom,” meaning “shelter of peace.” This special succa is a deep idea whereby our festival’s signature tent serves as a canopy for all the different parts of the Jewish people to find shelter and peace within. Its protection is reassuring yet fragile, very much like the succa found on balconies and courtyards around the Jewish world.

Jerusalem, it turns out, has a special role to play in the idea of a shelter of peace. Each Friday night, Jews around the world make reference to the special “succat shalom” in their Friday night prayers. The final blessing after the Shema praises the “Lord who spreads the shelter of peace upon us, upon all the nation of Israel and upon Jerusalem.”

There is probably no place where this blessing is sung louder than Jerusalem’s Western Wall, and for good reason. When there is peace in Jerusalem, there can be peace upon Israel, and ultimately within each of us. When Jerusalem is torn, we too are troubled and tattered. The lesson is found in the order of the prayer which is chosen carefully. We begin with the “succat shalom” for each of us as individuals, continue to the nation of Israel, and conclude with Jerusalem. The peak of the blessing’s hope is that Jerusalem will indeed serve as that shining example of peace, and radiate downwards to all of us.

This Succot, the Jerusalem pilgrimage is not only a very physical and real event, but it also has a much deeper symbolic aspect. The Jewish world is depending on Jerusalem to provide its stability and protection in times of turmoil. We must continue to heal and unite the diverse communities that make our city and people so unique. We must ensure Jerusalem’s visitors and residents continue to meet with joy, encounter one another with dignity and respect and celebrate our diversity in peace.

There is no greater time for each of us to help build the “succat shalom” and ensure Jerusalem projects its central message to the Jewish world and beyond. Jerusalem needs the support of its people, both in the city and across the world in order to fulfill its historic destiny. It is our collective responsibility to ensure Jerusalem is true to itself reflected through its name in Hebrew Ir Shalom – City of Peace.

Daniel Goldman is the chairman of Gesher, a Jerusalem-based organization devoted to bridging the differences between Israelis and strengthening a shared Jewish identity.