The universal festival of Sukkot 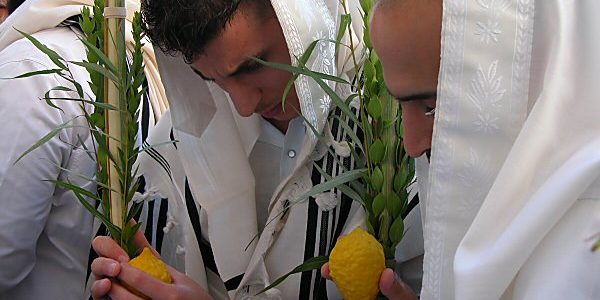 Having made “aliyah” to Israel one year ago, my family and I have now celebrated all three major pilgrimage festivals as residents of Israel.  There are too many differences between the way Sukkot (Feast of Tabernacles) is celebrated in Israel and back home in Ohio to even count.  Driving throughout Columbus you might see a Sukkah or two, but in Israel, on nearly every balcony sits a little booth, bringing to life Leviticus (23:42), “all Jewish residents shall dwell in booths for seven days.”

Compared to the other two biblical festivals of Passover and Shavuot (Pentacost), Sukkot is unique according to Jewish tradition.  The first two are considered particularistic holidays while Sukkot has a universal character.  Passover celebrates the exodus from Egypt and the birth of the Jewish nation.  Shavuot commemorates God’s giving the Torah to Moses and the acceptance of all the commandments by the Jewish people.  Sukkot, however, is different.  Built into the DNA of the day, Sukkot is the most universal of the Jewish holidays and is meant to be celebrated by Jew and Gentile alike.

When the Temple stood in Jerusalem, 70 animal sacrifices were offered on behalf of all 70 nations of the world during Sukkot.  This concern for the welfare of all of mankind has its origins in King Solomon’s inaugural prayer upon the dedication of the First Temple.  According to I Kings (8:43), Solomon prayed, “May You hear from Heaven and act according to all that the gentile calls out to You, so that all the people of the world may know Your Name, to fear You as do Your people Israel, and to know that Your Name is proclaimed upon this Temple that I have built.”  No time of year did the Temple truly feel like a “House of prayer for all nations” (Isaiah 56:7) as during Sukkot.

For the past 2,000 years following the destruction of the Temple, Jews have been exiled from our beloved homeland and had to make do with celebrating Sukkot not in the Temple, but in synagogues scattered in all four corners of the world.  From time immemorial, Jews have prayed each Sukkot for our return to Israel.  On this holiday we read aloud from Zecharia (14:16) who describes that in the end of days all of the nations will once again, “go up year after year to worship the Lord and to celebrate the Holiday of Sukkot.”

As a new resident of Israel, it seems to me that Zecharia is describing our own generation.  After 2,000 years of homelessness, God has miraculously returned the Jewish people to our Land and allowed us to celebrate Sukkot in Jerusalem.  As Jewish families prepare for the holiday by cooking and cleaning, teaching our children the festive songs, and of course, constructing succahs in our backyards and on our balconies, for the first generation since biblical times, we are not alone in our celebration of Sukkot.  This week, planeloads of Christian pilgrims are arriving into Ben Gurion airport from all 70 nations to join the Jewish people.  The highlight of the Feast of Tabernacles will be when thousands of Israeli Jews and Christian pilgrims will march shoulder to shoulder through the streets of Jerusalem calling in the name of the One true God.  We will all pray that this profound demonstration of solidarity signifies the dawn of a new era, when the whole world will dwell under His canopy of peace, His “Sukkat Shalom.”

Rabbi Tuly Weisz is the founder of Teach for Israel, a new organization dedicated to educating Jews and Christians on the Biblical significance of the Land of Israel and Israel365 Daily Scenes and Inspiration from the Land of Israel. He welcomes your comments at rabbituly@israel365.co.il.