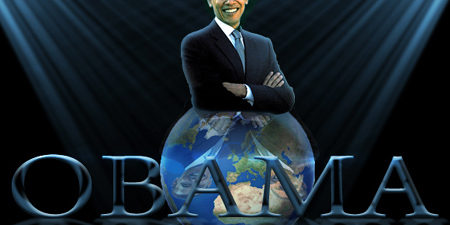 Their purported crimes relate either to their reported involvement in the production of the Internet movie critical of Islam that has received so much attention over the past 10 days, or to other alleged anti-Islamic activities.

One of the US citizens indicted is a woman who converted from Islam to Christianity.

According to the Associated Press, Egypt’s general prosecution issued a statement announcing that the eight US citizens have been indicted on charges of insulting and publicly attacking Islam, spreading false information, and harming Egyptian national unity.

The statement stipulated that they could face the death penalty if convicted.

The AP write-up of the story quoted Mamdouh Ismail, a Salafi attorney who praised the prosecution’s move. He claimed it would deter others from exercising their right to free expression in regards to Islam. As he put it, the prosecutions will “set a deterrent for them and anyone else who may fall into this.” That is, they will deter others from saying anything critical about Islam.

This desire to intimidate free people into silence on Islam is clearly the goal the heads of the Muslim Brotherhood seek to achieve through their protests of the anti-Islamic movie. This was the message of Muslim Brotherhood chief Yussuf Qaradawi. Three days after the anti-American assaults began on the anniversary of the September 11 jihadist attacks on America, Qaradawi gave a sermon on Qatar television, translated by MEMRI.

Qaradawi struck a moderate tone. He called on his followers to stop rioting against the US. Rather than attack the US, Qaradawi urged his Muslim audience to insist that the US place prohibitions on the free speech rights of American citizens by outlawing criticism of Islam – just as the Europeans have done in recent years in the face of Islamic terror and intimidation.

Both the actions of the Egyptian prosecution and Qaradawi’s sermon prove incontrovertibly that the two policies the US has adopted since September 11, 2001, to contend with Muslim hatred for the US have failed. The neoconservative policy of supporting the democratization of Muslim societies adopted by President Barack Obama’s predecessor George W. Bush has failed. And the appeasement policy adopted by Obama has also failed.

Bush’s democratization policy claimed that the reason the Muslim world had become a hotbed for anti-Americanism and terror was that the Muslim world was not governed by democratic regimes. Once the peoples of the Muslim world were allowed to be free, and to freely elect their governments, the neoconservatives proclaimed, they would abandon their hatred of America.

In the event, the Egyptian people voted for Qaradawi’s Muslim Brotherhood and for the Salafi party. The distinction between the two parties is that Qaradawi and the Muslim Brotherhood are willing to resort to both violent and nonviolent ways to dominate the world in the name of Islam. The Salafis abjure nonviolence. So while Qaradawi called for the riots to end in order to convince the Americans to criminalize criticism of Islam, his Salafi counterparts called for the murder of everyone involved in producing the anti-Islamic film.

For instance, Salafi cleric Ahmad Fouad Ashoush issued a fatwa on Islamic websites last weekend calling for American and European Muslims to murder those involved with the movie. His religious ruling was translated by the SITE Intelligence Group on Monday.

Ashoush wrote, “Those bastards who did this film are belligerent disbelievers. I issue a fatwa and call on the Muslim youth in America and Europe to do this duty, which is to kill the director, the producer and the actors and everyone who helped and promoted the film.

These are the voices of democratic Egypt. The government, which has indicted American citizens on capital charges for exercising their most fundamental right as Americans, is a loyal representative of the sentiments of the Egyptian people who freely elected it. The Salafi preacher is a loyal representative of the segment of the Egyptian people that made the Salafi party the second largest in the Egyptian parliament. Qaradawi’s call for the abolition of freedom of speech in America – as has happened in Europe – and to ban all criticism of Islam is subscribed to by millions and millions of Muslims worldwide who consider him one of the leading Sunni clerics in the world.

Free elections in Egypt have empowered the Egyptian people to use the organs of governance to advance their hatred of America. Their hatred has been empowered, and legitimized, not diminished as the neoconservatives had hoped.

The behavior of the Egyptian government, Qaradawi and the Salafis also makes clear that Obama’s policy of appeasing the Muslim world has failed completely. Whereas Bush believed the source of Muslim hatred was their political oppression at the hands of their regimes, Obama has blamed their rage and hatred on America’s supposed misdeeds.

By changing the way America treats the Muslim world, Obama believes he can end their hatred of America. To this end, he has reached out to the most anti-American forces and regimes in the region and spurned pro-American regimes and political forces.

When Obama’s policies are recognized as driven by appeasement, the seeming inconsistency of his war against Libya’s Muammar Gaddafi on the one hand, and his passivity in the face of the anti-regime uprising in Iran in 2009 and the Syrian uprising against the Assad regime today makes sense. Gaddafi was not a threat to the US, so he was unworthy of protection. The mullahs in Iran and Assad are foes of the US. So they deserve protection. Obama has assiduously courted the Muslim Brotherhood from the outset of his presidency.

The official and unofficial Egyptian exploitation of the Internet film as a means to intimidate and attack the US into disavowing its core principles is proof that Obama’s theory of the source of Muslim rage is wrong. They do not hate America because of what the US government does. They hate America because of what America is. And it is because of this that since September 11, the rationale for Obama’s foreign policy has disintegrated.

Rather than accept this basic truth and defend the American way of life, Obama has doubled down in the only way now available to him. He, his administration, his campaign and his supporters in the media have responded to the collapse of the foundations of his foreign policy by resorting to the sort of actions they accused George W. Bush, his administration and supporters of taking. They have responded with a campaign of political oppression and nativist bigotry directed against their political opponents.

Late last Friday night, law enforcement officers descended on the California home of Nakoula Basseley Nakoula, the man who made the film that the Muslims of the newly free Arab lands find so offensive. Nakoula was questioned by federal authorities and later released. His arrest was photographed. The image of a dozen officers arresting an unarmed man for making a movie was broadcast worldwide within moments.

Beyond persecuting an independent filmmaker, the White House requested that YouTube block access to it. YouTube – owned by Google – has so far rejected the White House’s request.

Neocon is a popular code for Jewish. It was so identified by Dowd’s Times’ colleague David Brooks several years ago.

Dowd said that “the neocons captured” Bush after the September 11 attacks and “Now, amid contagious Arab rage sparked on the 11th anniversary of 9/11, they have captured another would-be Republican president and vice president, both jejeune about the world.”

One telling aspect of Dowd’s assault on Senor as a neoconservative is that he and his boss in the Bush administration, Paul Bremer, were the nemeses of the neoconservatives at the Pentagon. The only thing Senor has in common with the likes of Paul Wolfowitz and Douglas Feith is that all three men are Jews.

Moreover, Dowd drew a distinction between supposed “neocons” like Senor, and non-Jewish US leaders Donald Rumsfeld and Dick Cheney who merely “abetted” the neocons.

The Times’ public editor Andrew Rosenthal dismissed claims that Dowd’s column was anti- Semitic, arguing it couldn’t be since she never said a word about Jews.

The Obama campaign linked to Dowd’s column on its Twitter account with the message, “Why Romney and Ryan’s foreign policy sounds ‘ominously familiar.'” Obama’s campaign’s willingness to direct the public to anti-Semitic screeds against his political opponents is consistent with the administration’s general strategy for defending policies. That strategy involves responding to criticism not with substantive defense of his policies, but with ad hominem attacks against his critics.

To appease a party that hates your way of life, you must change your way of life. The only way America can appease the Muslim world is for America to cease to be America.