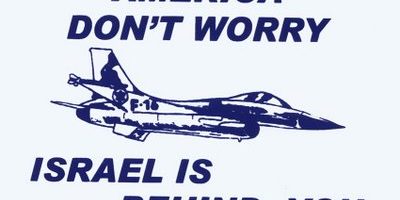 We are used to hearing that America defends Israel. President Obama assures Israel that he has their back. That may be convincing talk in the `hood,’ but it rings hollow from this invertebrate administration to talk about anyone’s back. Actually, we may have all that backward. It may well be that Israel that is defending us. Israel may yet prove America’s Shield.

All the usual chin-pullers and deep thinkers are warning of the parade of horribles that will descend on the world if Israel strikes Iran to prevent the mullahs from getting nuclear weapons. Why, says Georgetown University think tanker Anthony Cordesman, “a strike by Israel will give rise to regional instability and conflict as well as terrorism.”

What else, Dr. Cordesman, do we see daily in that region? Our TV sets seem to have “Mideast Turmoil” painted on their screens. Instability? Where is the stability? Conflict? What else does the region export but conflict? Terrorism? Sen. John McCain tries to assure us that the young Egyptians in Tahrir Square all idolize Mark Zuckerberg. The truth is Mark Zuckerberg, or anyone else who is Jewish, could not last a day in Tahrir Square today.

We have been fed a line of rubbish by the talking heads and Mideast “experts” for twenty years. Let’s start with legitimizing the Palestinian Liberation Organization (PLO). The idea that Yasser Arafat or Mahmoud Abbas could ever reform and behave like true democrats was always an illusion. They are terrorists plain and simple. Arafat even invented airline hijacking for terror purposes. It did not matter that he got a Nobel Peace Prize, or that he was welcomed to the White House by Bill Clinton. He was always a mass murderer.

And the Saudis? They are our special friends, are they not? President Obama even bowed to the Saudi King Abdullah in London. Well, we can find evidence of their friendship in the official 9/11 Commission Report. There on page 122 we learn that then-Vice President Al Gore went to Saudi Arabia in 1998 to ask then-Crown Prince Abdullah for access to Madani al-Tayyib. The Saudis were holding this finance director for al Qaeda and we wanted to talk to him. Madani al-Tayyib was said to have been the key figure who had to approve every al Qaeda expenditure over $1,000. The report deadpans the next line. The United States never obtained access to Tayyib. This man might have unraveled the entire attack on the World Trade Center and the Pentagon, if only our friends the Saudis had let us at him. They declined. With friends like the Saudis, who needs enemies?

Instead of more of this tripe from experts who should long ago have been discredited and disregarded, we recommend reading Columnist David P. Goldman in Asia Times.

Writing as “Spengler” Goldman lays out the case for what will happen if Israel does not strike the Iranians. It is a far more realistic and compelling picture than the “save Mideast stability” crowd offers.

Goldman warns that without an Israeli strike, we will likely see:

A nuclear-armed Iran; Iraq’s continued drift towards alliance with Iran; An overtly hostile regime in Egypt, where the Muslim Brotherhood government will lean on jihadist elements to divert attention from the country’s economic collapse; An Egyptian war with Libya for oil and with Sudan for water; A radical Sunni regime controlling most of Syria, facing off an Iran-allied Alawistan ensconced in the coastal mountains; A de facto or de jure Muslim Brotherhood takeover of the Kingdom of Jordan; A campaign of subversion against the Saudi monarchy by Iran through Shi’ites in Eastern Province and by the Muslim Brotherhood internally; A weakened and perhaps imploding Turkey struggling with its Kurdish population and the emergence of Syrian Kurds as a wild card; A Taliban-dominated Afghanistan; and Radicalized Islamic regimes in Libya and Tunisia.

Suddenly, the case for Israeli action begins to look a lot more persuasive than the tired old “stability” arguments.

Goldman writes that Israeli action may actually slow America’s slide into impotence. Whoever wins the presidential election here, it seems no military action against Iran by the U.S. would be possible in the next 4-6 months, and by then it could be too late.

Once before, from May to August 1940, America’s fate was being decided “over there.” In the Cabinet War Rooms in London during those fateful days, Winston Churchill made the decision not to negotiate with mass murderers, not to give in. Despite being bombed on a daily basis, Churchill and his War Cabinet colleagues stood firm–and in that process, this Dreadnought Democracy was America’s Shield. Churchill’s courage protected us, too.

Before Osama bin Laden ever dreamed of flaming towers collapsing in Manhattan, Adolf Hitler dreamed the same dream. He even took steps to equip Nazi suicide bombers, to bring about the destruction of what he then regarded as a Jewish Citadel. We can thank God that Winston Churchill stood between Hitler and us. And we will thank God if Benjamin Netanyahu does the same thing for us now.

Don’t wait, Israel: Shield America. Strike Iran’s nuclear weapons program before it’s too late for all of us.