The fall of the American empire 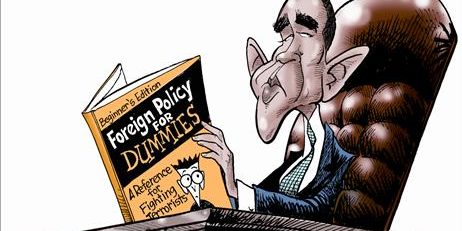 In his book “The Clash of Civilizations,” Professor Samuel Huntington addresses the Islamic and Chinese conflicts with the West. Huntington prophesied that cultural and religious identities would be the primary source of conflict in the post-Cold War world. Recent events in the Middle East and around the Pacific Ocean attest to the accuracy of Huntington’s theory.

At the beginning of 2009, the new president who took residence at the White House believed that kind words and good intentions would turn the looming clash into a giant global hug. Huntington’s book obviously didn’t influence U.S. President Barack Obama’s foreign policy.

The riots in the Arab world (triggered by a film that insults the Prophet Muhammad) and in China (in light of a bitter dispute between China and Japan over a chain of small islands in the East China Sea) has made Huntington’s book more relevant than ever. The world’s only superpower, the U.S. has assumed a low profile during the Obama era. The consequences weren’t long in coming: In one term, Obama managed to agitate the Arab street, which hasn’t been too impressed with his wooing and his apologies, and he managed to ferment the Pacific Ocean. They weren’t exaggerating in 2008 when they attributed magical powers to the incoming president.

Obama believed that he inherited a disconnected, unpopular America from his predecessor, George W. Bush. Obama viewed the country as a train speeding through a dark tunnel, claiming that he could see the light at the end of it. He didn’t realize, however, that it wasn’t the light at the end of the tunnel that he was seeing, but an oncoming train, the one Huntington wrote about in his book.

Obama believed that his personable style of sitting down to eat hamburgers with world leaders would change the course of history. But no special sauce can resolve geopolitical crises or heal open wounds like the conflict between China and Japan. Empires have risen and fallen throughout history, but the one thing that the Persian, Roman, Mongolian and other empires had in common was their length — hundreds of years. At this rate, if the U.S. remains on its current path, it will go down in the annals of history as the world’s shortest-lived empire. And it seems that Obama is going there willingly. The American president believes that in this way the world will become more equitable, more just, more considerate, calmer. But, at the culmination of Obama’s first term, is the world really a calmer or safer place?

Let’s begin with our own neighborhood: the Middle East. In Muslim Brotherhood-era Egypt, in theory there should have been at least a short- to mid-term romance between the U.S. and the government of Egyptian President Mohammed Morsi. The Washington Post reported this weekend, however, that the U.S. has temporarily frozen aid talks with Egypt because the U.S. is angry with the Egyptian government over its response to riots in Cairo.

Maybe the White House is finally asking itself “how did this happen?” The U.S. finds itself having to increase security in Libya after its ambassador is murdered there, in Lebanon classified documents are being destroyed for fear that the angry anti-American mob will charge the American Embassy (like in Tehran in 1979 during the Carter administration), and in Iran we are seeing the same slogans that we did in 1979, disparaging the U.S. in complete disregard to Obama’s recently issued Iranian New Year greetings.

Here in Israel we are obviously concerned about Iran, but America is more concerned about events in the Pacific Ocean. U.S. Defense Secretary Leon Panetta obviously didn’t like hearing the threats his Chinese counterpart was issuing to Japan, an American ally, during his visit to China. Chairman Mao must be jumping for joy in his grave. The deterioration of China-Japan relations could drag the Americans into an armed conflict. Fortunately for Obama, China, the world’s biggest factory, still needs a few more years of calm to keep selling and building its foundations before it is ready for a revolution.

“The Libyan fiasco reflects the American policy’s sad reality” reported the official Chinese newspaper The Global Times several days ago. The Chinese can smell the Americans’ weakness. And not just the Chinese, but North Korea, and another country here in our neighborhood called Iran, making it our problem, too.