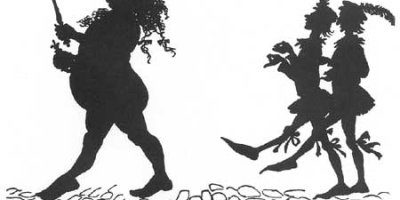 “The emperor has no clothes!”  That was the cry of a small child in the Hans Christian Andersen tale as the emperor made his way past, entirely unclothed, while no one had the nerve to speak up. There is much in common between Andersen’s emperor and President Obama; both have no real interest in governing, both refuse to accept criticism, and both care more about appearance and posture rather than accountability and results. Obama has refined the nature of governing one step further in part by putting all of his efforts into propping up his approval rating forfeiting his sworn obligation to “do the right thing.” The yellow brick road to understanding Obama is paved with narcissistic denial based on a self-induced blindness that staunchly refuses to accept responsibility and comprehend the impending failure unfolding before our very eyes. It seems that no one around the emperor or President Obama is willing to  speak up, even when he has made the most outlandish and strategic mistakes.  Everyone is afraid of being charged of disloyalty. After all, despite the emperor’s clothes revealing only bareness, and Obama’s Presidency having no tangible successes after 4 years of governing, it is not politically correct to suggest that there is actually nothing there.

For many it is somewhat depressing to look back and remember what soaring hopes America had only four years ago. Yet in Obama’s re-nomination acceptance speech at the Democratic National Convention, he told us that America’s problems were tougher to solve than he had originally thought. And that’s why he has kindly agreed to give us more time. Obama’s willingness to stick around for four more years and give “us” more time to turn things around is very much like the emperor of yore, Obama continues to parade around in his magical clothes, isolated from reality by like minded advisers and shielded from criticism by a weak and acquiescent media.  Our “mom-in chief”, really opened up our eyes when she so movingly explained to us that   “being president doesn’t change who you are – it reveals who you are.” I couldn’t agree more with mom. However, the past four years of the Obama Presidency has not shown Obama to be the man she so adamantly describes in her speech.  Instead, the Obama Presidency has revealed Obama to be a divisive, insincere, and a political leader not to be trusted with America’s future. Unfortunately not many in the national media are going to point out that the President is naked, metaphorically speaking. Obama’s promise to create 5 million green energy jobs seems in retrospect to be a delusional claim; his pledge to cut the deficit in half by the end of his first term exposes his basic ignorance of budget management. Sadly, the President is naked but no one in the national media is willing to neither point that out nor admit that he is unfit for office and that things are just not working. Getting back to Andersen’s tale, on the day of the Great Procession, Andersen’s emperor marches through the streets under a royal canopy, haughty and proud of his superior taste in attire, assured that he is fit to continue governing and wearing absolutely nothing.  Once again, every observer fears that he may be unfit or stupid, so no one dares to say a word.  Not until a small child sees the emperor in the buff and points it out. “But he has nothing on at all!” cries the child.  At first everyone balks, not wanting to admit the evidence of his own senses.  “But he has nothing on at all!” cries the child again, unwilling to be silenced.  So, finally, everyone looks with his own eyes, and soon everyone realizes that it is true.  Despite all his talk of “smart” governance, this arrogant and foolish leader really understood nothing of how to govern.  He has spent enormous sums of taxpayer money that came to nothing, and now, quite literally, he has nothing to show for it.

On a more personal note, as the son of parents who spent most of their adult lives owning and operating a small candy store on 170th Street and the Grand Concourse in the Bronx working 18 hour days, Obama’s remark telling small-business owners: “You didn’t build that.” Real credit for your success belongs not to you — you think you did well because of your smarts and sweat?” he asked mockingly — “but to government that built the infrastructure without which you would have nothing”, is an insult to the tenacity and sacrifice of generations of small entrepreneurs, making the American dream a reality.

Is this the type of governing philosophy that we want for America? Is this what we want for the next four years? Obama, “has no clothes”, he is a leader empty of any meaningful ideas worth implementing, devoid of any real experience in creating or sustaining an economic recovery for America.

The writer, a 25-year veteran of the I.D.F., served as a field mental health officer. Prior to retiring in 2005, served as the Commander of the Central Psychiatric Military Clinic for Reserve Soldiers at Tel-Hashomer. Since retiring from active duty, he provides consultancy services to NGO’s implementing Psycho trauma and Psychoeducation programs to communities in the North and South of Israel. Today Ron is a strategic advisor to the Shomron Liaison Office.