'Response to Syrian WMDs use would be huge' 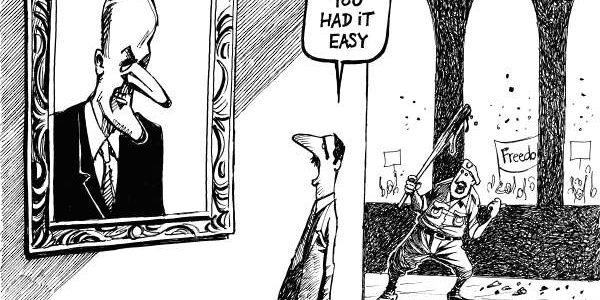 Any use of chemical or bacterial weapons by government forces in Syria would trigger a “massive and lightning fast” response from the West, French Foreign Minister Laurent Fabius said on Monday.

“We talk about this, in particular with our American and British partners, and follow it closely on a day-to-day basis.

“Our response … would be massive and lightning fast,” Fabius told BFM television, saying chemical weapons were a “big, big risk” in the Syrian crisis.

Paris and Washington have said that despite the deadlock at the United Nations Security Council over taking firm action to stem the crackdown by Syrian President Bashar Assad’s army on a 17-month-old uprising, the use of chemical weapons would be justification for a military intervention.

Syria acknowledged in July that it had chemical and biological weapons, prompting US President Barack Obama to threaten “enormous consequences” if Damascus even moved such weapons in a menacing way.

Asked whether Western powers agreed on what form a response to the use of chemical weapons could take, Fabius said he believed they would be united.

“Russia has been very firm on this point and the Chinese have the same position,” he added.

Assad, who is backed by Shi’ite Iran and its Hezbollah Lebanese proxy, has lost control of rural areas in northern, eastern and southern regions of Syria and is using helicopter gunships and fighter jets to try to subdue the opposition.