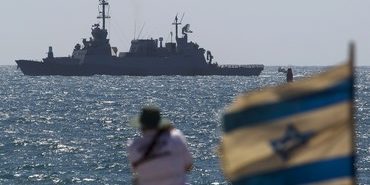 The Israeli and US navies completed a joint drill last week in the Mediterranean Sea.

The US Navy stressed that the exercise was not associated with any real world events and was planned long in advance.

“This was a successful exercise which strengthened the bonds between the US and Israeli navies and increased our ability to work together as a team,” said Cmdr. David A.

“The Jason Dunham team was proud to be a part of Reliant Mermaid 2012. We’ve enjoyed our time in Israel and the valuable experience of working with our partners in the Israeli navy. It was really great to get to see the differences between our navy and the US,” said Israel Navy Capt. Niv Bar-Ilan.

“We learned a lot about how the US Navy operates differently and how the sailors all have individual jobs onboard. It was great and we are very appreciative of the Jason Dunham crew’s hospitality.”

In the past, the Turkish Navy took part in the joint annual maritime safety drills, but has pulled out of the exercise since diplomatic relations with Israel collapsed following the Gaza flotilla incident in 2010.