Where does Paul Ryan stand on Israel? 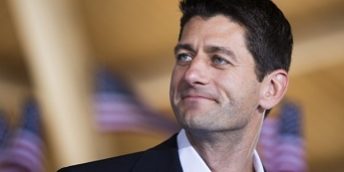 Republican presidential candidate Mitt Romney’s selection of Rep. Paul Ryan as his running mate earlier this week has shaken up the race for the White House.

With his youthful demeanor, impressive command of policy and affable personality, the Wisconsin congressman’s appeal extends far beyond the traditional Republican base. Indeed, initial polls indicate that it has already given Romney a boost, with the Rasmussen Reports Presidential Tracking Poll released on Tuesday now giving him a 3-point lead over President Barack Obama.

The addition of Ryan to the ticket has also helped Romney in some key battleground states such as Ohio, where the race is tight and every advantage, however slight, can ultimately tilt the balance. More importantly, as a leading spokesman for greater fiscal discipline and tackling America’s national debt, Ryan is well-positioned to highlight to the electorate the Obama administration’s signal failure to tackle these crucial issues.

But for the Jewish state and its supporters, a critical question in evaluating the Republican slate is: where does Paul Ryan stand on Israel? If he is chosen to fill the position of vice president, can he be relied upon to champion the values that we hold dear? Ryan’s record and statements provide a clear and compelling answer: he is a strong and dependable supporter of Israel, and it behooves American Jews to support him in November.

On Ryan’s Congressional website, Israel features prominently in the section entitled “Homeland Security,” underlining the fact that he views preserving the Jewish state’s well-being as an important component of the American national interest.

And what he has to say about Israel is no less revealing.

“America,” he writes, “has no better friend in the Middle East than the nation of Israel,” which he correctly labels “the region’s only fully functioning democracy.” Ryan notes that Israel is “a valuable ally against Islamic extremism and terrorism” and stresses the importance of “maintaining a close friendship” with her.

He denounces Hamas in no uncertain terms, calling it “an Islamist terrorist group whose charter calls for Israel’s destruction,” and proclaims that the United States “cannot advocate for a solution to the Israeli-Palestinian conflict that jeopardizes Israel’s safety or legitimizes terrorism.”

Unfortunately, Ryan also endorses the so-called two-state solution, which is clearly a non-starter.

But in his defense, that is the official policy of the US government, and it is a position that has sadly come to occupy much of mainstream political thinking on the Middle East these days. So in that sense he is no different from much of the rest of the American political class.

However, Ryan did co-sponsor an important July 2011 bill that was passed by the House of Representatives which opposed the “unilateral declaration of a Palestinian state” and warned that American aid would be withdrawn if the Palestinians were to go ahead and pursue statehood in a one-sided fashion.

And he also backed the Palestinian Accountability Act (H.R. 2457) that month, which prohibited “the use of the word ‘Palestine’ in United States government documents” and imposed restrictions on aid to the Palestinian Authority.

And in January 2009, during Operation Cast Lead in Gaza, Ryan stood by the Jewish state and co-sponsored a bill “recognizing Israel’s right to defend itself against attacks from Gaza and reaffirming the United States’ strong support for Israel.” The resolution also laid the blame for the violence squarely at Hamas’ doorstep and insisted that its terrorist infrastructure be dismantled.

On the issue of Iran and its pursuit of nuclear weapons, Ryan has consistently promoted bills imposing tougher sanctions on the ayatollahs and calling on them to desist from their devious aims. He has taken a firm stance against tyranny and intolerance in the Middle East and has shown himself to be an astute defender of liberty.

In an address to the Alexander Hamilton Society last summer, Ryan cited Jewish Agency Chairman and former Soviet dissident Natan Sharansky to underscore the importance of speaking out on behalf of those who are denied their freedom.

“We have a responsibility,” he concluded, “to speak boldly for those whose voices are denied by the jackbooted thugs of the tired tyrants of Syria and Iran.”

The possibility that Paul Ryan might very well be the next vice president of the United States is one that should excite and energize American Jews. He has a deep conceptual understanding of America and its unique role in the world and he appreciates the Jewish state’s vital contribution as an American partner and ally.

For the sake of Israel and its future, it behooves American Jews to cross party lines in this election and cast their ballot for the Republicans. Paul Ryan is a true and trusted friend who has stood by our people again and again.

Now it is time for us to return the favor.