Islam and the Jews 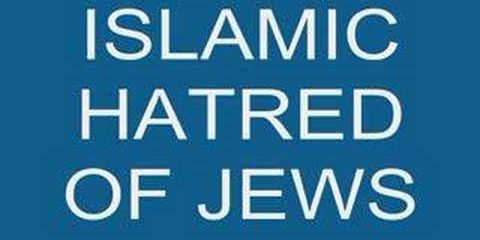 Nonie Darwish, an Egyptian who grew up in Gaza and later moved to the U.S. where she converted to Christianity, insists that the problem of Jew-hatred in Islam is fundamental to its belief system. “If Jew-hatred is removed, Islam itself would self-destruct,” she writes in a recent article.

Darwish traces the problem to Mohammed’s relations to the Jews of Medina. He tried to persuade them to accept him as a prophet after his own tribe in Mecca had ridiculed his pretensions. When they rejected him, in Darwish’s words, “Mohammed simply and literally flipped.” As much as he had professed to love them, he now hated them. He engaged in unspeakable slaughter, she writes, ordering “the beheading of 600 to 900 Jewish men of one tribe and took their women and children as slaves.”

That has left Islam, says Darwish, with a major existential problem. “Islam must justify the genocide that Mohammed waged against the Jews. Mohammed and Muslims had two choices: either the Jews are evil subhumans, apes, pigs, and enemies of Allah, a common description of Jews still heard regularly in Middle Eastern mosques today, or Mohammed was a genocidal warlord and not fit to be a prophet of God, a choice that would mean the end of Islam.”

To understand what this means for peace efforts with the Arabs one need read no further than the title of Shmuel’s 1982 pamphlet: “No Solution to the Arab-Palestinian Problem.” Shmuel understood full well the religious nature of the Arab-Israel conflict. In that pamphlet he wrote:

Of all the statements about Israel made under Islamic religious inspiration, perhaps the most significant is the one uttered by Egyptian President Anwar Sadat in a sermon he delivered in Cairo’s Al-Hussein mosque on April 25, 1972 on the occasion of the birthday anniversary of the Prophet Muhammad:”The Jews were the neighbors of the Prophet in Medina … and he negotiated with them. But in the end they proved that they were men of deceit. The most splendid thing that the Prophet Muhammad did was to drive them out of the whole of the Arabian Peninsula. … They are a nation of liars and traitors, contrivers of plots, a people born for deeds of treachery. … I promise you … the defeat of Israeli arrogance and rampaging so that they shall return and be as the Quran said of them ‘condemned to humiliation and misery’. … We shall send them back to their former status.”

Shmuel continues: “The eradication of the State of Israel means the restoration of Islam to its potency, to its rightful dimensions: in Israel’s end lies the confirmation.”

Shmuel never shied away from the truth. He writes in “The Existential Fact” (The Jerusalem Post, Jan. 23, 1981):

Indeed, one of the most critical tasks of the Jewish people is to ensure that at least its friends should absorb the fact — bleak, uncomfortable but existential — that the Islamic world, if it were prepared to accept Israel’s collective existence at all, would only tolerate it as a subject community under Moslem sovereignty.Jews are not the only objects and potential victims of this sovereign purpose, as Christian communities have found to their cost; but they are the only ones who have had the temerity to proclaim their national independence on their own territory in the ‘heart of the Arab world,’ and — worse — have successfully resisted the Arab attempts to destroy them.

It is precisely because a hatred born of bedrock religious belief is not amenable to negotiations that Israelis wedded to peace negotiations ignore the religious dimension and frame the debate as a land issue and one of Palestinian Arab national rights. They must do so in order for the conflict to appear “solvable.” To acknowledge its real nature would be to admit defeat from the start.

It’s in the Arabs’ interest, too, to hide the root cause of their hatred. Their tactic is to isolate Israel internationally, and to do that requires recasting the war against Israel. As Shmuel writes:

he pan-Arab nature of the war against Israel must not be emphasized; rather the conflict was to be presented as a clash between Jews depicted as Goliath (even if with the help of “imperialism”) and their adversary, the small, wretched David: the Palestinian people.

“The expulsion of our brothers from their homes should not cause us any anxiety, especially as they were driven into the Arab countries. … The masses of the Palestinian people are only the advance-guard of the Arab nation … a plan for rousing world opinion in stages, as it would not be able to understand or accept a war by a hundred million Arabs against a small state.”

The two together, the homicidal mixed with the self-delusional, is a lethal combination for the Jews.