No moment of silence for Israel at the Olympics 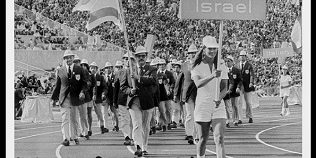 The 2012 Summer Olympics begin this weekend in London, and over 30 athletes will compete from Israel. Unfortunately, instead of focusing on the talented athletes, international attention is caught up in the controversy surrounding the International Olympic Committee’s (IOC) rejection of a moment of silence at the Opening Ceremony in London.

This moment of silence is to be for the 11 Israeli athletes and coaches who were killed by Palestinian terrorists 40 years ago at the 1972 Munich Summer Olympics. IOC President Jacques Rogge has continuously rejected efforts for a moment of silence, saying, “We feel that the Opening Ceremony is an atmosphere that is not fit to remember such a tragic incident.” The IOC instead said it would commemorate the moment privately with the Israeli delegation and visit the Bavarian airfield where some of the victims died. On Monday, the IOC held a surprise moment of silence in the Olympic village, which was poorly received by the widows of the victims, who referred to the ceremony as a “bare minimum” level of acknowledgement of the tragedy.

The ‘Just One Minute’ movement originally stemmed from an online petition sponsored by Ankie Spitzer, widow of late Israeli Fencing Coach Andre Spitzer, who died at the hands of Palestinian terrorists in the Munich massacre. The movement began to pick up steam in May, when Israel’s Deputy Foreign Minister Danny Ayalon took to social media, pleading for widespread support. Since then, the movement has garnered the backing of several important figures and establishments, such as President Barack Obama, the United States Senate, the Canadian parliament, the Australian prime minister, the German foreign minister, more than 100 members of the Italian parliament, and more than 50 British parliamentarians. Bob Costas, NBC’s Olympic sportscaster, has promised to call out the IOC on television for not granting the moment of silence when the Israeli delegation first appears during the Opening Ceremony.

There has never been a moment of silence for the Israeli Olympic victims, but there have been gestures in commemoration of the tragedy. In the 1976 Montreal Olympic Opening Ceremony, the first Summer Olympiad’s curtain raising following the 1972 Games, Israel adorned its flag with a black ribbon in memory of the victims. And in the Olympic Plaza in Sydney, which hosted the 2000 Summer Games, there was a tower featuring a memorial plaque with the names of the victims in Hebrew and English. In 2004, the IOC reportedly claimed to not officially mark the Israeli tragedy so as not to offend other members of the Olympic community, including Islamic nations hostile to Israel.

Forty years following the Munich Massacre, according to a report from Britain’s Sunday Times, Israel fears an anniversary attack on its Olympians by Iran and Hezbollah. Fears are justifiably heightened following last Wednesday’s deadly bombing targeting Israeli tourists in Bulgaria. Israeli Prime Minister Benjamin Netanyahu this past Sunday said that Israel is on alert for attacks by Iran. He neither confirmed nor denied the potential Olympic threat, but Israel has reportedly sent extra security for the Israeli team in London.