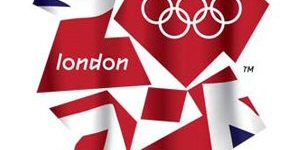 When Iranian Vice President Mohammed-Reza Rahimi accused “Zionists” of controlling the global drug trade at an international anti-drug conference held in Tehran last month, many were amused by his promise to reward those able to find at least one Israeli addict.

His comments, however, reminded Israel of the hostility directed at it on a regular basis and from a variety of sources ranging from university professors to boycott movements to government officials of Muslim majority countries. The prevalence and respectability of anti-Israel sentiment in Muslim majority countries — from the average resident to the highest members of government — may be caused at least in part by an official media that is hostile toward Israel and sometimes virulently anti-Semitic.

In May 2012, after evaluating the Egyptian public’s position regarding the 1979 peace treaty with Israel, Menachem Begin Heritage Center concluded that more than 85% of the interviewees opposed any type of normalization with the Jewish state and wanted to see a worsening of relations.

The results were far from surprising, even if they may shock those working towards peaceful coexistence. Israel’s Institute for Monitoring Peace and Cultural Tolerance in School Education carried out an extensive study of 119 Egyptian school textbooks in 2004, establishing that the former regime conveyed an ambivalent message to the younger generation. “Judaism and Christianity were respected for being monotheistic religions but despised as unbelief,” said the report, stressing that some books encouraged war, while others took a more tolerant stance. Similarly, “terrorist activity was rejected inside Egypt but supported (under a different name) in Palestine… martyrdom was encouraged and exalted,” it continued.

The paper also stressed that the teaching material belonging to religious institutions (such as Al-Azhar) voiced more hostility towards Israel and Jews — a tendency that is likely to accelerate under the rule of a Muslim Brotherhood member.

Yet, not everyone agrees. “I am convinced that the current regime won’t do anything to jeopardize the ties with Jerusalem,” said Amr Zakariya, an Egyptian scholar specializing in Israel studies. “The regimes in the Arab states will always take an anti-Israel stance in a bid to distract the crowds’ attention from the various domestic problems but they will not opt for an armed conflict,” he continued.