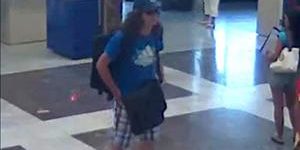 Sweden denied Thursday reports in Bulgarian media suggesting that that Mehdi Ghezali, the suspected suicide bomber who executed the terror attack on Israeli tourists in Burgas, was a Swedish national.

Bulgarian media named Ghezali as the terrorist saying he was an Algerian-Swedish Islamist who spent two years in Guantanamo Bay.

“We don’t know this name”, Swedish Security Service Chief Claes Ohison said, but would not elaborate.

Earlier, ABC News published a photo of a fake Michigan driver’s license that belonged to the man who was identified by Bulgarian authorities as the suicide bomber.

According to the image obtained by ABC, the “Michigan Operator’s License” with the name “Jacque Felipe Martin” showed that the suspect included a fake Louisiana address as his permanent residence. The address is actually that of a Baton Rouge, Louisiana casino, called the Belle of Baton Rouge.

The suspected bombers true identity has yet to be revealed.

Bulgarian Foreign Minister Nikolay Mladenov said the man had been in the country for four to seven days and was about 35 years old.

“From what we could see on the (security) video cameras, we think it’s a person who was a suicide bomber,” a Bulgarian official in Burgas told ABC News. “The investigation is still going on in close cooperation with the Israelis and Americans.”

Bulgarian television aired security camera footage Thursday showing the suspected bomber wandering in and out of the terminal shortly before the blast. He was dressed as a tourist himself, wearing a baseball cap, T-shirt, plaid shorts and sneakers with short white socks. He carried a large backpack with wheels.

Officials said the bomb detonated in the luggage compartment of the bus as the attacker mingled among his victims.

The body of the man seen in the video sustained the most severe damage in the blast, leading investigators to believe he was the suicide bomber. An American passport (Michigan), which was apparently fake, and other personal documents were found in his belongings.

Officials were using DNA samples to try to establish his identity. Bulgarian Prime Minister Boiko Borisov told reporters that a Michigan driver’s license was retrieved, but he said US officials reported that “there was no such person in their database.” Michigan is home to one of the largest Arab communities in the US.