Staying on God's side 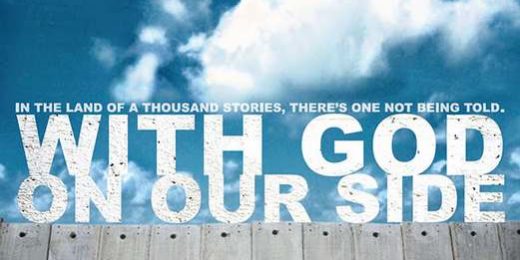 There is a growing trend among Evangelical Christians of turning against Israel, as can be seen in the increasing number of screenings of the anti-Zionist film With God on Our Side in Evangelical churches and seminaries across North America. The movie, which was released two years ago and is still gaining steam, attempts to refute the biblical position held by Christian Zionists. Yet it is very weak theologically, relying mainly on a false accusation that pro-Israel Christians subscribe to dual covenant theology (believing in two ways of salvation).

The weakness of this charge is self-evident, as great Christian leaders down through the centuries have held Zionist views and yet were in no way dual covenant in belief. If the truth be told, the film’s main contributors could not even give a reasonable theological answer to Genesis 12:3! Yet many Evangelicals are getting deceived because the duality charge is coupled with a strong emotional appeal for the poor Palestinians.

More troubling still is the fact that I and several other pro-Israel Evangelical leaders were approached to appear in the production based on misrepresentations that it was a totally different type of documentary. Given that the film’s producers were fellow Christians from respected churches and ministries, I granted them an interview.

Naturally, if I had known their real purpose, I would never have done so.

Scripture teaches that lying is not a small matter, as those who do so will not “inherit the kingdom of God” (Revelation 21:8).

Ultimately, With God on Our Side contains a long litany of faulty assumptions and conclusions. For instance, the film presupposes:

• that all Christian Zionists subscribe to the “Greater Israel” theory. They do not!

• that all Christian Zionists are Dispensationalists. They are not!

• that Christian Zionists love Jews but hate Palestinians. They do not!

• that Christian Zionists believe in a “dual covenant.” They do not!

• that Christian Zionism goes back to John Nelson Darby in Scotland in 1830. It does not!

• that Christian Zionists want to trigger “Armageddon.” They do not!

• that Jesus taught “Fulfillment theology.” He did not!

• that the modern State of Israel has no international legitimacy. It does!

• that radical Islamic theology has no influence on the conflict. It does!

• that the Abrahamic covenant has been, in part, abolished. It has not!

• that biblical Judaism was never about land but ethics. It was not!

• that only those people holding the views put forth by the film are full of godly compassion. They are not!

The exposition of Scripture

Many of the Evangelical “stars” in With God on Our Side hold a twisted view of Scripture that does not give the Old Testament equal billing with the New.

But when the Apostle Paul writes to Timothy that “all scripture is inspired and given of God” (II Timothy 3:16), he was referring to the Hebrew Scriptures! Also, when Jesus assured “Thy word is truth” (John 17:17), he was referring to the same Hebrew Scriptures. The New Testament is not a filter of the Old Testament but a faithful exposition of it! Thus the early Church did not subscribe to the “Fulfillment Theology” being preached by the anti-Israel Evangelicals in the film. Surely, the Apostles did not teach that the Land of Israel in the Old Testament was merely a metaphor for Jesus. Nor did they teach that the Abrahamic covenant had been abolished or reconstructed so as to disinvest the Jews of a national destiny back in the Land.

The core battleground in this debate is none other than the Abrahamic covenant. The people who produced With God on Our Side want you to believe that this covenant has been abolished or reconstructed to mean something else. There is no proof of this in the Bible! In fact, it is the New Testament scriptures which entirely validate the Abrahamic covenant and hold it up as proof of God’s faithfulness to all His people – including New Testament believers. This covenant has many aspects: • It is one of the first proclamations of the Gospel (Galatians 3:8).

• It promises a unique blessing of salvation for the world through the “seed” (singular) of Israel (Genesis 22:16-19).

• It gives a stern warning and promised blessing, depending on how we respond to it (Genesis 12:3).

When Abraham believed what God was saying to him through this covenant, it was accounted to him as righteousness (Genesis 15:6). That is, he was saved by faith, since the covenant, apart from all its other aspects, focused on Jesus! This is precisely the point that Paul makes in Galatians, chapter three.

His readers were in danger of returning to the Mosaic Law as a means of salvation, since they were being influenced by “Judaizers” (Galatians 3:1-9). Paul was merely pointing out that the Law, which was given 400 years later, did not nullify the promise in this covenant that God would save the world through the promised “seed” – Jesus (Galatians 3:15-16). This provoked the question: “Then why did God give us the Law?” Paul answers by saying, “As a teacher to lead us to Christ” (Galatians 3:24).

That is, the Law convicts us of sin (Romans 3:20). This alone is the context of Galatians three. Indeed, Paul goes on to validate and confirm the efficacy of the Abrahamic covenant by stating that if you “belong to Christ, then you are Abraham’s children according to the promise” (Galatians 3:29). Paul was expounding on the Abrahamic covenant as it was originally given, not changing it! Thus to use Galatians three as a means to somehow invalidate or debunk the Abrahamic covenant is nothing short of presumption! Yet this is what the producers of the movie set out to achieve, in order to biblically delegitimize Israel’s modern-day restoration. There is no doubt that they are accusing God of lying, since this covenant is sworn to by God Himself (Hebrews 6:13-20) to be everlasting in all its aspects. Indeed, it was the reason that John the Baptist and Jesus came! (Luke 1:54-55; 72-75).

Yet the Abrahamic covenant has both conditional and unconditional aspects, and herein lies the theological confusion. That is, the promise that the land of Canaan would be the “everlasting possession” of the Jewish people was unconditional and unalterable (Genesis 17:8). But the question of the Jewish people’s right to live on the land so promised to them was later conditioned upon their living in reconciled relationship with God (Leviticus 26; Deuteronomy 28). Failure at the latter would result in warning, correction, judgment and exile. This was the ministry of the major and minor prophets.

The challenge of the modern-day restoration of Israel to her ancient homeland remains in her continuing disobedience to the Lord, but He has promised to change this (Zechariah 12:10-14; Romans 11:25-26). We just need to remain patient with God and realize we are living in a “time of favor” on Zion, whereby He is bringing the Jews home for His redemptive purpose, whether they deserve it or not.

So the land is theirs forever, but the privilege of living upon it is conditional upon their righteous standing before God! In other words, a holy land is for a holy people! This also means they should be kind to the stranger in it and deal with him justly (Exodus 22:21).

This was the true message being conveyed to Joshua by the angel of the Lord as he prepared to lead Israel into the Promised Land (Joshua 5:13-15).

The real truth about With God on Our Side is that the producers think that God is on their side! Sadly, this film is so distorted and biased that it is incapable of making any positive contribution for the Palestinians, because for them it’s all Israel’s fault. How narrow-minded can one get!