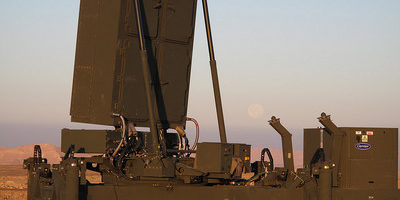 IDF officials expressed discontent over the last round of fighting in the Gaza Strip, saying that despite calls for a ceasefire by Hamas, the rocket barrages have yet to stop. On Friday, more rockets were fired into Israel, probably by other Gaza organizations. The IAF in turn struck a terrorist cell launching rockets, killing one terrorist.

Since Monday, some 130 rockets and dozens of mortar shells exploded in the south. One Border Guard officer was moderately wounded and ten others sustained light injuries. Hundreds of thousands of Israeli citizens spent the week in fortified areas, and a number of fires erupted at rocket landing sites.

According to Palestinian sources, at least 11 people were killed in Gaza, including nine armed terrorists, a civilian and a girl.

IDF officials estimate that Hamas initiated the latest rocket barrage believing it had the upper hand. This was reinforced by Israel’s feeble response, which was limited compared to previous rounds of fighting.

The officials, however, were content with the performance of the fourth Iron Dome battery, which was able to intercept a Grad rocket launched toward Netivot, as well as other rockets.

As a general rule of thumb, Hamas’ rocket fire was aimed at what the group calls “military targets”, such as Kisufim Border Guard base, and IDF bases in Reim, Erez and Zikim. The current round saw very few Grad rockets, and mostly included Qassam rockets and 107mm diameter long-range Katyusha missiles.

The IDF noted that most of the rockets were fired from launching pits that were dug in the ground and activated from afar. This prevented the IDF from locating the launching sites ahead of time and taking out the terrorists, as it has done in previous rounds. The officials noted that Hamas learned its lessons from previous rounds and has opted for new operating methods, which were built upon the lessons from Operation Cast Lead, and the escalation rounds that followed.

Unlike the Islamic Jihad, Hamas has proven to have planning capabilities, and the ability to adjust. And still, the IDF’s retaliation policy was more restrained than in the past, so much so that it may have encouraged Hamas to escalate the offensive, the officials said.

The officials estimated that Hamas initiated the current round of violence based on the presumption that Israel will not retaliate forcefully as long as the political turmoil continues in Egypt, and in order to prove that it has not relinquished armed resistance, as has been claimed by the Islamic Jihad.