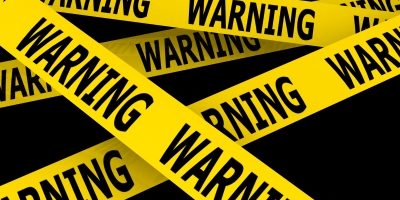 There is a dangerous groundswell of “elite” (read: leftist) opinion building in favor of “unilateral” Israeli action in the West Bank. To “make peace without (Palestinian) partners;” to tear down settlements in the distant reaches of the West Bank in order to “signal” to the Palestinians that the Netanyahu government is “serious” about compromise; to “show” the world that Israel is not interested in “forever being an occupying power”; to “act boldly to set Israel’s borders without being hostage to the Palestinians,” and so forth.

I fear that Prime Minister Netanyahu is being pulled in this direction. His unfortunate decision this week to support destruction of homes in Ulpana lends credence to my fears.   You would think that following Israel’s disastrous unilateral withdrawals from Lebanon and Gaza the concept of unilateralism would be taboo, and I believe that for the majority of the sane Israeli public this remains the case. But the Left is impatient. The same people who once sold us Yasser Arafat and Mahmoud Abbas as peace partners are now telling us that peace is impossible yet the existing situation is unacceptable, and therefore the unilateral route is the only remaining course of action for Israel.

Consider: Unilateral Israeli withdrawal is now backed by Deputy Prime Minister Shaul Mofaz and Defense Minister Ehud Barak. Mofaz has been touting this for two years, and Barak suggested it last week in a speech to Tel Aviv University’s Institute for National Security Studies. Barak: “We are on borrowed time. We will reach a wall, and we’ll pay the price. If it isn’t possible to reach a permanent agreement with the Palestinians, we must consider an interim arrangement or even a unilateral move.”   INSS director Maj. Gen. (res.) Amos Yadlin backed up Barak with a new report, which after reviewing all negotiation possibilities, reaches the conclusion that no agreement can be reached with the Palestinians and therefore Israel “should go forward (with withdrawals) without depending on the Palestinians.”

The “International Crisis Group,” and the “Elders” — motley collections of pompous pundits and self-important ex-statesman who backed Arafat as a peace partner for Israel — also are now promoting Israeli unilateralism in order “to create a two-state reality” without peace.

Obama’s favorite shills, Thomas Friedman of The New York Times and American Jewish journalist Jeffrey Goldberg of The Atlantic, are hawking unilateralism, as well. Goldberg: “Netanyahu can have an honest conversation with the Israeli people about the consequences — military, moral and demographic — of the settlements. And he can contemplate a notion advanced by a growing number of the country’s security experts: a unilateral pullout of some settlers from the most distant reaches of the West Bank. It would show Israelis that their government is interested in finally winning (sic.) the Six-Day War.”   They justify this by wanting to “save Israel from itself,” and by the argument that “the status quo is unsustainable.”

This is the time and place for Netanyahu to halt the drift towards unilateral Israeli disengagement from the territories, for all the known, sound, and still-relevant reasons.   Unilateral Israeli actions encourage Palestinian maximalism. The Palestinians learn that there is no reason to compromise with Israel on any issue (borders, settlements, Jerusalem, refugees, recognition), since Israelis will eventually tear themselves down and out of the West Bank. All the Palestinian Authority has to do is sit tight and remain intransigent.

In addition, unilateral Israeli withdrawals won’t bring peace. As the Lebanon and Gaza precedents prove, they not only guarantee the continuation of the conflict but its escalation.

Most of all, who said that the status quo is “unsustainable” or the “worst of all options”? Perhaps it is the least-worst default option? After all, most of the Palestinians in the West Bank live today under autonomous Palestinian rule (for better or worse, given the autocratic nature of the Palestinian Authority). Their economic situation is vastly improving, and military friction between Israel and the West Bank Palestinians has been reduced to a minimum. Is the Palestinian situation going to improve, or more likely worsen, under the newfangled scenarios dreamt up by the unilateralists? Is Israel’s?

Israel certainly should not make any diplomatic move without a significant and concrete Palestinian quid pro quo. It was Netanyahu who once said: If they give, they’ll get.

Given the dangerous drift towards unilateralism that is in the air, and on the background of his unfortunate decision regarding Beit El, I would like to hear Netanyahu make it clear that Israel is not headed down a slippery slope towards another imprudent “disengagement.”