Bibi vs. the Children 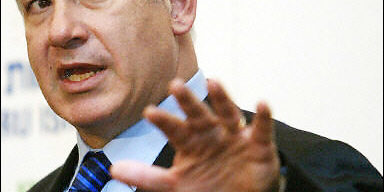 Israeli Prime Minister Benjamin Netanyahu has long been broadly respected in America as a champion of the biblical heartland, but sadly, it’s time to take a second look.

A bill has just been defeated in the Knesset, which would have retroactively legalized several of the younger Jewish communities in Judea and Samaria (often mistakenly called the West Bank). This bill would have saved these communities, by overriding an unjust Supreme Court decision calling for the destruction of these communities and the expulsion of their residents in stages, including thousands of children. The legislation, often called the Ulpana legislation, referring to the first of these communities in the biblical heartland slated for destruction on July 1, was vehemently opposed by Prime Minister Netanyahu, who cited the ultimate authority of the (predominantly secular, leftist) Supreme Court. However, this is not just a legal issue; it’s a human rights issue!

In a remarkable quote from an interview with Israel National News on the eve of the proposed destruction of his home, Baruch Kitay, a resident of the threatened Ulpana neighborhood in Bet El, said that “A home is memories and love, families and children.”

To me, this simple statement defined the true nature of the debate over the proposed legislative bill to legalize the newer Jewish communities in Judea and Samaria. My children know every corner of our backyard and every path leading down the hill from our home to the local school. For children, a home represents emotional security and any talk of home destruction creates psychological trauma in children, trauma that is magnified and multiplied when the actual destruction takes place.

In the Jewish communities of Gaza, several thousand children whose homes were destroyed in 2005 by their own government were emotionally raped and the scars remain to this day. It’s important to reiterate that the proposed legislation was designed to override an unjust Supreme Court ruling, which has the effect of denying the human rights of tens of thousands of children to happiness and dignity. In any human and democratic legal system, the United States being a prime example, there are checks and balances, and the legislature often needs to override a ruling of the judiciary, for the sake of fairness and justice. This is such a case, as it is not just the small Ulpana neighborhood that is being threatened. Since the proposed legislation was not passed, some tens of thousands of children from many communities will be facing the trauma of the Gaza expulsion, due to the dogmatic rigidity of a political leadership that apparently is immersed in the idol worship of a self-anointed Supreme Court, which has run wild in its assault on “the settlers”.

The proposed legislation would have, in effect, legalized these approximately 5-15 year old communities that were built with unofficial government approval, sanction, and support. Bibi’s fear-mongering claim that an Israel that would support such legislation would open itself up to fierce international criticism is actually true, but that is why we elected him, to stand tall with his powerful communication skills, as our leader. We the people have a right to expect that Prime Minister Netanyahu of the Zionist, Jewish state will stand up to the world and defend our legitimate, legal right to our historic, biblical heartland.

The true test came this week as the legalization bill was defeated by the Knesset. The hundreds of thousands of children and their parents, who live in Judea and Samaria, as well as their supporters, carefully watched each and every minister of the Likud, Netanyahu’s political party, as well as all of the others to see how they voted. Most of them followed Netanyahu’s demand that they vote against this bill, proving that their past verbal pledges of support for the biblical heartland were totally meaningless. We’ve been in this movie before, but this time we will remember who stood with us before the destruction. Now is the time for pro-Israel Americans and others to stand with the biblical heartland. We need you more now than ever before.
—————————————————————————————
David Rubin is the former Mayor of Shiloh, in the biblical heartland of Israel. He is the Founder and President of Shiloh Israel Children’s Fund, which initiates and supports projects for the terror victim children. He is the author of two books, including his latest, The Islamic Tsunami: Israel and America in the Age of Obama. www.ShilohIsraelChildren.org