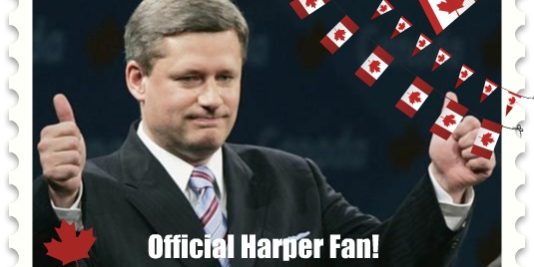 Canada has long been considered a classical liberal democracy. In fact, according to Wikipedia, Canada is presently one of the more liberal countries in the Americas a nation with government-regulated free market, with an emphasis on social justice and social progressivism such as abortion issues and same-sex marriage.

However, a quiet revolution has been taking place since Stephen Harper was sworn in with his own personal Bible as Canada’s 22nd prime minister in 2006.

The prime minister is a member of the Christian and Missionary Alliance church, and his critics castigate him for being a “born-again Christian.” Journalist Colin Campbell of www.macleans.ca noted that “the church looks and sounds nothing like the ornate, staid Catholic churches attended by past prime ministers. There is no choir, organ or pews. Instead, there is a drum kit, guitars, piano and metal chairs. There is a large wooden cross at the front, but little else by way of decoration. The pastor uses PowerPoint graphics, projected onto the building’s pale pink walls to highlight his sermon. Worshippers are encouraged to clap or raise their hands to the sky while singing.” Even though this prime minister governs over a nation of whom only about 10% are evangelicals, he is immensely popular. In fact, in the 2011 parliament elections, his party won an absolute majority.

According to the Globe and Mail, Harper is moving towards smaller government, encouraging growth through low taxes and the fewest regulations possible. Within three years, his aim is to balance the national budget, “a feat virtually unequalled in the developed world.” (theGlobeandMail.com; 29Mar2012)

But his changes grabbing global headlines are in international foreign policy specifically Israel. Believe it or not, headlines in many news outlets and blogs read: “Canada is the World’s Most Pro-Israel Country.”

Journalists are somewhat baffled as to what drives the prime minister’s pro-Israel agenda. Even though he has “embraced Israel as has no Canadian leader before him,” the media notes that out of 34 million Canadians, Jews number only 315,000. In contrast, the number of Canadian Muslims is expected to nearly triple in the next 20 years, from about 940,000 in 2010 to nearly 2.7 million in 2030, according to the Pew Research Center.

The media concludes that Harper seems to be acting out of personal conviction. He has been known to stand up for Israel since 1997 when he worked for a conservative economic organization. Even then, when there could have been no political calculation he made it clear that he believed Canada should be a loyal, true ally of Israel.

And wonder of wonders, the prime minister has been able to transform Canadian policy for Israel with very little opposition.

Harper’s strong feelings for Israel can be seen as consistent with his distinctly conservative background and worldview. He believes Israel is a bulwark of democracy and Western civilization warring against terrorists in a region governed by brutal autocrats.

Soon after becoming prime minister, he was the first to cut off funds to the Palestinian Authority in 2006 when it was taken over by Hamas.

He has spoken out often about growing global anti-Semitism.

In nine items against Israel at a recent committee of the UN General Assembly, Canada consistently voted with a small group of Israel’s staunchest allies the US and four small South Pacific island nations!

Last year, Harper made world headlines when he alone refused to sign on to a G8 statement which specifically called for talks based on a return to Israel’s 1967 borders, plus some minor land swaps negotiated with Palestinians an idea President Barack Obama pressed for vigorously. Harper would not sign on until that phrase was deleted.

When UNESCO, a UN organization, decided to bypass the UN’s legal methods for accepting a new nation into the UN and voted for Palestine to be admitted to UNESCO, only 14 nations out of 194 voted against recognizing Palestinian statehood. Two of those states were the US and Canada.

Last year, Canada was projected to be voted onto the all-important UN Security Council. It was not, and Harper suggested it was because of Canada’s stalwart defense of Israel.

For the prime minister, however, it was a small price to pay. “Whether it is at the United Nations or any other international forum, the easy thing to do is simply to just get along and go along with this anti-Israeli rhetoric,” Harper said. “As long as I am prime minister, whether it is at the UN or the Francophonie (French speaking) or anywhere else, Canada will take a stand whatever the cost.” (Tabletmag.com; 9Aug2011)

We go back to one of God’s great foundational promises: “I will bless those who bless you and curse him who curses you.”

There is no doubt in my mind that God is blessing and will continue to bless a nation whose leader serves God and his moral foundation is based on the Bible. Certainly the favor of God is upon Prime Minister Harper and the Canadian people. Needless to say, this prime minister needs the prayers of his citizens.

Find out more on Maoz.com