Talks with Iran are not working 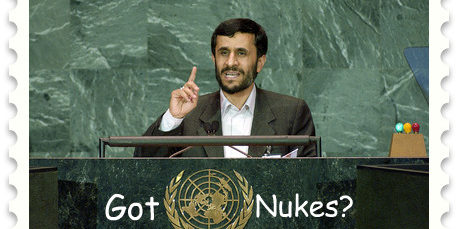 The current round of negotiations between the world powers and Iran is “not working,” a senior Israeli official said Monday, adding that after two meetings there is “not an iota of evidence indicating the Iranians are in any way serious about curbing their nuclear program.”

Israel was briefed by a senior American team over the weekend about what happened at last week’s talks in Baghdad, and the official said what the international community put on the table “is less than what is needed, and even those minimal demands were rejected by the Iranians.”

According to the official, the Iranians have succeeded in changing the world’s demands. “In the previous rounds of talks, when Iran was only enriching uranium up to three percent, the world’s demand was for a full halt to enrichment. Now that they are enriching up to 20% there are those in the world saying they are able to accept a certain amount of enrichment,” he said.

Israel’s position, which Prime Minister Binyamin Netanyahu reiterated in a meeting Monday with members of the US Senate’s Select Committee on Intelligence, is that Iran must stop all enrichment, transfer all enriched uranium out of the country, and close the underground facility at Qom.

Israel, the official said, was “skeptical in the extreme” about the current talks, and said the Iranians have bought themselves two months to move their nuclear ambitions forward – five weeks from the first meeting in Istanbul on April 14 to last week’s session in Baghdad, and now another three weeks between that meeting and the next one scheduled for June 19 in Moscow.

“They are successfully playing for time,” the official said.

Netanyahu, in a meeting with senators Mark Udall (D-CO), Richard Burr (R-NC), Mark Warner (D-VA), and Barbara Mikulski (D-MD) said the Iranians were playing “nuclear chess.” Tehran, he said, might decide to sacrifice a pawn – i.e. give some concessions – in order to “keep their king,” which is defined in Jerusalem as Iran keeping its nuclear program intact.

In addition to Iran, Netanyahu told the delegation which is going to Egypt on Tuesday that Israel “appreciated” the position articulated publicly by the US that it expected any future government in Cairo to keep the peace treaty with Israel.

Netanyahu also thanked the senators for the US support for the Iron Dome anti-missile system, saying that it was an investment not only in Israel’s security, but also in peace. He said the Iron Dome was key in de-escalating the recent rounds of tension in Gaza, because the system ensured that things would “not get out of control.” The reasoning behind this is that had the missiles from Gaza struck at the heart of population centers in the south earlier this year, Israel would have had no choice but to launch a major offensive against Gaza.

Neither the diplomatic process with the Palestinians nor the situation with Syria were discussed at any length during Netanyahu’s meeting with the delegation.