Can America afford not to stand with Israel? 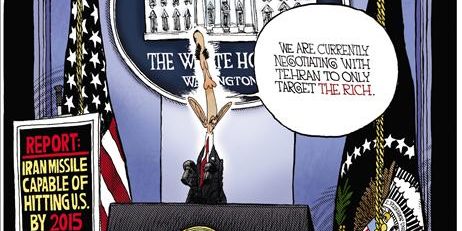 The shadow of war is upon us. It is no longer somewhere far away in a distant land. Believing America will soon attack, Iran has taken preemptive measures against US and Israeli assets. Turkey has said that NATO should not share information with Israel. Iran and Russia are arming Syria. The American president and his team are doing all they can to hold Israel at bay from launching a strike on Iran.

Many are actually asking the question: Can America afford to stand with Israel?

On June 4, 2009, President Obama officially unveiled his new foreign policy to Muslims throughout the world. He said, “I’ve come here to Cairo to seek a new beginning between the United States and Muslims around the world, one based on mutual interest and mutual respect, and one based upon the truth that America and Islam are not exclusive and need not be in competition.”

This historical policy shift toward supporting Islam at the expense of Israel has been accompanied by a downward spiral of the American economy. Fuel prices at the pump have doubled. Unemployment has skyrocketed. Record federal debt looms at higher levels than all Presidents from Washington to Clinton combined. Home ownership is threatened by the highest foreclosure rates since the Great Depression. The institution of marriage is being undermined by the court system. Rights of religious freedom, free speech and privacy have been eroded. Embracing Islamic nations has not served us well.

Israel is our only faithful true ally in the Middle East. Israel is the country most willing to work to achieve lasting peace even under the incessant and unreasonable demands of Islamic political pressures, and those added by the White House. We as a nation have clearly chosen a direction of turning our backs on the one country in the Middle East that we have been able to accurately call our friend.

The Bible says of Israel in Genesis 12:3, “And I will bless them that bless thee, and curse him that curseth thee: and in thee shall all families of the earth be blessed.” Zechariah 12:3 says, “And in that day will I make Jerusalem a burdensome stone for all people: all that burden themselves with it shall be cut in pieces…”

More than at any time in modern history, the US has strayed from its stalwart support of Israel. Given the condition of our nation compared with that fateful June 4th day in Cairo, the real question is: Can America afford not to stand with Israel? The answer is obvious if you read the Bible and discern the times.