The Scourge of Araby 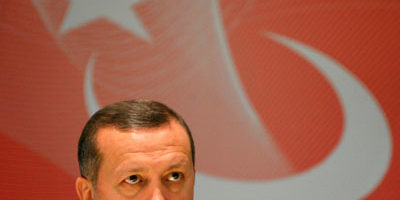 In the 1921 hit song, The Sheikh of Araby, there is one line that goes as follows, “…While you’re asleep, into your tent I’ll creep.”

Of course the song was referring to the sheikh who romantically pursued the headstrong British heroine who then fell in love with him only to find that he was, in reality, not an Arab at all but the son of a British father and Spanish mother.

However, like the sheikh, Islamic triumphalism and jihadi ideology today is creeping more and more into the Arab tent while part of the Arab world and most of the duped West remains asleep.

You remember how back in 2011 all the talking heads on TV were thrilled at the so-called Arab Spring, which they erroneously believed was harboring a new golden age; one that was finally ushering in democracy.

Well they now realize it has turned into a horrific and frigid winter blast as Islamism and jihadi violence turn one Arab state after another into Islamic tyrannies, far worse than the regimes that existed before. The tragedy is that the naiveté of the talking heads was, oh, so predictable.

No democracies are rising in the Arab world, but that should be no surprise. The Arab spring could never have resembled the brave Prague Spring (which was a yearning by Eastern Europeans to be free from Soviet domination) so long as Islam remains master of the Arab masses. Instead the shroud of sharia law is stifling all expressions of free thought in the Arab world and demolishing any hopes of a free and unfettered press or anything resembling true democracy.

It all started in Tunisia, and now that country has slid from a secular dictatorship into an Islamic ruled and sharia compliant regime. An Islamic fanatic, Rashid Ghannouchi, has taken power in that North African country. He returned to Tunisia from years of exile as did the Ayatollah Khomeini whose dire influence has led to the “Mullahocracy” in Iran and the rise of the genocidal Mahmoud Ahmadinijad who relentlessly threatens Israel with destruction; nuclear or otherwise.

Predictably, Tunisia’s Islamist leader, Ghannouchi, has already called for the destruction of Israel. This is the typical genocidal anti-Israel requirement needed in order to boost one’s pure credentials and bona fides in the Muslim and Arab world. A very sick world indeed!

Ghannouchi has compared himself to Turkey’s Prime Minister, Recep Tayip Erdogan, who has practically turned Turkey into a de facto Islamic republic and brought relations with Israel almost to the brink of war.

Turkey under Erdogan refuses still to acknowledge its genocide of Christian Armenians, or its persecution of Assyrians, Greeks and others, even as it lurches further and further into Islamization. Its squalid and continuing record of depredations against the Kurds and its continuing occupation of northern Cyprus, with the attendant and brutal conversion of countless Greek churches into mosques, are there for all to see. Nicosia, the capital of Cyprus, remains a city divided between Turks and Greeks.

In 2007, Erdogan gave the lie to the nonsense that emanates from western idealists, and know nothings, who still believe that there is a moderate Islam and a radical Islam. As I have written in several of my articles, there is only Islam: Period. Indeed Erdogan himself put it starkly by saying:

“There is no moderate or radical Islam. Islam is Islam and that’s it.”

And speaking about the proliferation throughout the world of mosques, Erdogan said:

“The mosques are our barracks, the domes our helmets, the minarets our bayonets and the faithful our soldiers.”

To the west of Tunisia is the People’s Democratic Republic of Algeria, which almost became the first Islamic regime in the Arab world back in 1991. But after a horrifying conflict launched by the jihadists, replete with ghastly mass beheadings, the military finally suppressed it.

But elections are planned in the next few months and it is highly likely that the same Islamists who murdered countless Arab and Berber villagers in the long conflict up to 1991 will now do quite well — this time using the democratic process not to usher in democracy but to negate it through “free and fair elections.” Remember, unlike democracy, which is meant to reflect the will of the people, Islam means submission to the will of Allah.

Then there is the Kingdom of Morocco. Currently it is led by the pro-Western moderate, King Mohammed VI, but Islamism is on the rise, which will in time overthrow the monarchy. In last November’s 2011 elections, the so-called Justice and Development Party won 107 seats in the 395 member Parliament. The new Prime Minister, Abdelilah Benkirane, is also the leader of the same Islamic party and one wonders what sort of justice will be imposed and what development he will bring; for he too is considered an Islamist with all that it implies.

Next, there is Libya where the 42 year long reign of Muammar al-Qaddafi was ended precipitously when he was assassinated by Libyan rebels, perhaps with the involvement of Al Qaida. But the new Libyan Draft Constitution, which emerged after NATO swept Qaddafi from power, predictably proposes enshrining sharia as the basis for state law: So much for an Arab Spring.

Elections are scheduled to be held in June but it is increasingly likely that an Islamic state will take power, possibly run by the Muslim Brotherhood. The recent desecration of British Second World War graves, as well as ancient Jewish cemeteries, is hardly an augur of a state where western values or the rule of law — other than sharia law — will exist.

And this is the country that the United States, along with Britain, France and several other European nations, all in the guise of NATO, bombed and strafed in order to remove Qaddafi and support “rebels” without knowing if the same “rebels” were fighting for democracy or were jihadists and members of the Muslim Brotherhood.

Shamefully, this war was waged primarily to ensure oil supplies to Europe. It is hard not to be cynical therefore when one places this western attack upon Libya while the same states, which brought down Qaddafi, ignore other brutal regimes like Syria, Sudan, and Iran, which remain free to continue barbarism and genocide without similar military consequences.

And what of “the mother of the Arab world,” Egypt? It is in Egypt that the godfather of all Islamic supremacist groups — the Muslim Brotherhood — was spawned in the late 1920s. Anwar Sadat was murdered by the Brotherhood for making peace with Israel. Again, the scourge, which destroys Araby from within, struck again.

When Egypt overthrew Hosni Mubarak in February 2011, sadly with the encouragement of U.S. President Obama, the political pundits throughout the world foolishly believed western style democracy was coming to Egypt. Instead, Islamist parties easily won a majority of the votes giving the lie to those talking heads who told us that the Egyptian people yearned for democracy. Strident cries in Egypt now frequently call for the peace treaty with Israel to be torn up.

It was a triumph for the Islamists throughout Egypt and an ominous sign of a triumphalist Islamic resurrection of monumental and threatening proportions fueled by enormous quantities of petro-dollars. The old adage “As Egypt goes, so goes the Arab world” appears to be a prediction coming true.

Finally there is Israel’s eastern neighbor, Jordan. This territory is in reality Palestine, or what consisted of two thirds of the original Palestine Mandate. It was given to Great Britain to administer by the League of Nations with the express purpose of creating a National Home for the Jewish people.

In 1922, Britain reneged on the promise enshrined in the 1917 Balfour Declaration and carved out of the Mandate all the vast territory stretching east from the Jordan River to the borders of the other artificial British-created state, Iraq. Three-quarters of the Palestine Mandate was given away to the Hashemite Sheikh Abdullah, son of the Emir of Mecca, for his limited role in the wartime Arab revolt against Ottoman rule. Incidentally, T.E. Lawrence once dismissed the “revolt” as a sideshow in a sideshow. In reality, Jordan is Palestine and it needs repeating over and over again.

Abdullah’s new kingdom, from its inception, permitted no Jewish residency in its territory. This Arab regime thus committed ethnic cleansing and it has been allowed by the world to get away with it for decades. Created in 1922, and arbitrarily removed from the original Palestine Mandate, it is now known as the Kingdom of Jordan. Yet for its king, uneasy lies the crown. More than two thirds of Jordan’s population is made up of Arabs who call themselves Palestinians and who are deeply hostile to the monarchy and the minority Hashemite rule.

With the misnamed Arab Spring infesting Jordan, with the Muslim Brotherhood growing in power inside it, and with the inherent hatred for the Hashemite rule reaching boiling point, it is only a matter of time before that horrific frigid winter blast, which has swept away one Arab regime after another and replaced it with Islamic tyrannies, brushes aside the Jordanian monarchy.

Then there will be no excuse to claim that a Palestinian state – one which dwarfs in size the tiny Jewish State of Israel – does not already exist.

Interestingly, the Sheikh of Araby was written almost at the same time Britain and France were carving up the Middle East, betraying the terms of the original Palestine Mandate and Jewish aspirations, and creating many new artificial Arab states and Sheikhdoms.

The “Sheikh of Araby,” a melodious 1921 hit tune, so beloved of early Jazz musicians, now, some 91 years later has, in geo-political terms, become a discordant and ugly melody better termed, “The Scourge of Araby.”