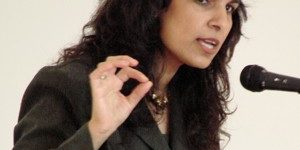 Shurat HaDin wins judgment against Iran and Syria for supporting terrorists who killed an American teenager in a 2006 bombing.

Israeli advocacy group Shurat HaDin (Israel Law Center) won a $323 million judgment in a U.S. court against Iran and Syria for supporting terrorists who killed an American teenager and ten others in a 2006 bombing, The Associated Press reported on Tuesday.

The group’s attorney, Nitzana Darshan-Leitner, told AP that Shurat HaDin had won courtroom victories against Iran but never before against Syria.

The center was representing the family of 16-year-old Daniel Wultz of Florida, who was one of 11 people killed when an Islamic Jihad suicide bomber set off his explosives at a Tel Aviv restaurant six years ago. Daniel’s father was severely injured in the attack.

Darshan-Leitner told AP that Iran supports the Islamic Jihad movement financially while Syria had granted the group a haven to train in its territory.

U.S. District Judge Royce Lamberth said in the Monday ruling, according to AP, “When a state chooses to uses terror as a policy tool – as Iran and Syria continue to do – that state forfeits its sovereign immunity and deserves unadorned condemnation. Barbaric acts like the April 17, 2006 suicide bombing have no place in civilized society and present a moral depravity that knows no bounds.”

An American lawyer representing Syria argued the case should be dismissed on the grounds of “sovereign immunity” but the court dismissed it, the report said.

Darshan-Leitner said there is a good chance that the victim’s family will get compensation through frozen Syrian assets held by the U.S.

“For the first time an American court is holding the government of Syria accountable for its decades-long support of terrorism,” she told AP.

Darshan-Leitner has won hundreds of millions of dollars for terror victims in lawsuits against Muslim terror groups.