The real root of the Christian exodus 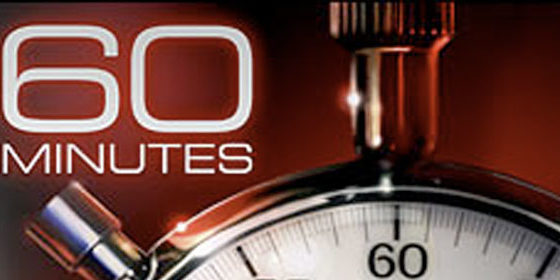 With his recent segment for 60 Minutes, CBS News reporter Bob Simon has once again stoked the perennial debate over why so many native Palestinian Christians have been leaving the Holy Land in recent decades. Sadly, he addressed this important issue with a very superficial brand of journalism. The report relied mainly on one local Palestinian cleric – notorious Israel-basher Rev. Mitri Raheb – to single out the “Israeli occupation” as the scapegoat for this Christian flight. There was no need to dig deeper, since Simon knew the report was sure to be a sensation from the moment Israeli ambassador Dr. Michael Oren caught wind of the production and intervened with his bosses at CBS News.

If Bob Simon had truly wanted to know why Arab Christians have been fleeing in droves from Palestinian areas, he should have asked those émigrés now living in Toronto, Sydney and Santiago. Because that is where the majority of Palestinian Christians now reside – in dispersed communities in Canada, Chile, Australia, Germany, the United States and elsewhere.

The disturbing truth is that more than 60% of the Arab Christians born in Palestinian areas over the past several generations now live abroad. Yet the same holds true for Lebanese Christians, as a similar 60% of their beleaguered community now live in foreign lands.

Indeed, there has been a widening Christian exodus from all the surrounding Arab countries, with Iraq’s ancient Assyrian Christian community collapsing from 1.5 million to as few as 250,000 since the Second Gulf War commenced in 2003. The Coptic Church in Egypt is also losing tens of thousands of parishioners in the wake of the Arab Spring.

So it is indisputable that Arab Christians are fleeing all across the Middle East, and surely the Israeli occupation is not to blame. Rather, this flight has been primarily due to local conflicts and the rise of Islamic militancy, as noted by Ambassador Oren, and the Palestinian Christians are no exception to this trend. The lone exception, in fact, happens to be the state of Israel, the only place in the entire region where Arab Christians are growing in number and are afforded their democratic rights.

Still, some Palestinian clerics insist that Muslims and Christians would co-exist in perfect harmony if not for the Jews and their settlements. That, sadly, is a living portrait of a people in denial. How else to explain that Palestinian Christian flight from the Holy Land predates the “occupation” by decades?

For instance, the last British census in 1948 recorded 29,000 Arab Christians living in Jerusalem, while the first Israeli census in eastern Jerusalem in 1967 found only 11,000. That means two-thirds of the Arab Christian population had fled during the 19 years of the Jordanian occupation of east Jerusalem.

The real root of the current exodus actually lies in the historic interplay between Christians, Jews and Muslims in the Middle East ever since the Islamic conquests began in the seventh century. The region’s Christians and Jews became dhimmis – suppressed minorities living under Muslim dominance. They could keep their faith but had to accept second-class status. To survive, both communities adopted a code of silence which dictated that they never challenge the system nor say anything bad about Islam in public.

This system of dhimmitude basically held until modern times. The Crusades may have brought temporary relief for some Christians, but only terror for the Jews.

When Ottoman rule over the Middle East began to wane, the dynamic finally began to change. The Great Powers of Europe moved into the region, each concluding deals with the Sultanate in Istanbul to provide protection to various imperiled Christian denominations. Western missionaries also brought with them schools, hospitals and other modern institutions. With their better education and job skills, Arab Christians became more mobile and many began to migrate to the West to escape the prison of Islam. Thus the modern-day Christian exodus began.

Meanwhile, the Zionist movement arose with a dream of restoring Jewish sovereignty back in their ancient homeland. Israel’s emergence in 1948 challenged the system of Muslim dominance over Christians and Jews, an achievement the Arab world has never truly accepted.

For many Christians in the Middle East, the rebirth of Israel actually stands as a light and model of freedom from Muslim tyranny. But for Palestinian Christians, the conflict that seeks to destroy the Jewish state has been too close for comfort. They are powerless to end it and struggling to survive.

Thus many Palestinian Christian leaders have taken to patriotically waving the flag of Palestinian nationalism higher than even their Muslim neighbors, in the hope such loyalty to the cause will safeguard their flocks. They rail against the Israeli occupation and the settlements as the reason for their dwindling presence. The checkpoints and security barrier may create hardships for them, but it is not the core reason why proud Christian families who have weathered many turbulent centuries here are now pulling up roots.

We must all understand that they are employing an ancient survival mechanism ingrained through centuries of Muslim oppression. Unable to name the real culprit, Palestinian Christians often deflect Muslim anger away from themselves by directing it at the Jews. Meantime, Ambassador Oren is giving voice to the very things they cannot say.