Israel's move towards early vote may shelve attack on Iran 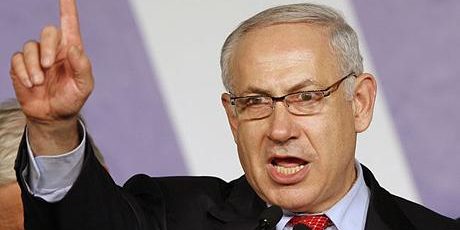 Israel’s move toward early elections is the latest sign that its threatened attack against Iran’s nuclear facilities is unlikely to take place in the coming months.

Though no final decision has been made about moving up national elections slated for next year, the Knesset, or parliament, is talking about dissolving this month and Prime Minister Benjamin Netanyahu is expected to announce as soon as next week an election date in September.

Some officials predict the chances of an Israeli airstrike against Iran will decrease because a divisive political campaign would paralyze the government and focus attention on domestic issues.

“He can’t do anything before elections,” said Knesset member Daniel Ben-Simon of the Labor Party. “He’s a lame duck. Nothing will be decided before the vote.”

At the same time, Netanyahu is unlikely to risk the comfortable lead most polls give him over his rivals by launching a risky, complicated operation against Iran. A bungled or failed strike is one of the few things that could stand in the way of his reelection, analysts say.

Early elections are just one complication that make an imminent attack less likely. Some Israeli leaders are voicing skepticism about such an operation and warn that it could trigger a regional war.

Israel Defense Forces Chief of Staff Lt. Gen. Benny Gantz recently called the Iranian government “rational,” a boon to those who say international sanctions may compel Iranian leaders to alter their behavior. Former Prime Minister Ehud Olmert said over the weekend that the U.S., not Israel, should lead any military strike.

And in some of the most stinging criticism to date, former Shin Bet security agency head Yuval Diskin accused Netanyahu and Defense Minister Ehud Barak of “misleading the public” about the Iranian threat and acting out of a “messianic” drive.

The U.S. and Israel believe Iran is secretly working to develop nuclear arms, though the Islamic Republic says its program is designed for civilian purposes only. Israel, the region’s only nuclear power, is worried that Iranian leaders would use such weapons against it. But the Obama administration opposes an Israeli strike, saying international sanctions take time to work and promising Israel it will prevent Iran from obtaining nuclear weapons, using force if necessary.

Israeli government officials insist that the forthcoming national elections will not affect the timing of any attack. Much of Israel’s recent Iran strategy has been to convince the world that it is serious about striking unless Tehran’snuclear ambitions are curtailed, and officials are afraid elections might reduce the pressure they have built up in recent months.

They note that in 1981, then-Prime Minister Menachem Begin destroyed Iraq’s nuclear facility just a few weeks before elections, a move that many believe helped him win a tight race against Shimon Peres. One government official suggested that elections might even provide the perfect guise to persuade Iranians to drop their guard.

Few expect Netanyahu to risk his reelection with a military strike. Moreover, a victory would be a boost to the prime minister and give support to his hard-line approach.

“Internationally, it would definitely give him a mandate on Iran,” said Naftali Bennett, Netanyahu’s former chief of staff.

Some think the Iran issue is already seeping into the prospective election campaign. The highly personal nature of the criticism from former security chief Diskin, in particular, had led some to view it as more of a political attack than a policy dispute, perhaps the first salvo in an electoral battle in which Iran could become a heated issue. Diskin said he had “no faith” in Netanyahu and would not want him “at the wheel” during an Iranian operation.

“People will no doubt use these comments in order to try to undermine Netanyahu,” said Knesset member Einat Wilf, a member of Barak’s Independence party. “It’s great election fodder. But any effort to make the Iran issue personal will only the lack of alternatives. There is no one challenging Netanyahu with any standing on this issue.”

Other analysts say the Iran debate, which cuts across traditional lines dividing liberals and conservatives, may prove too sensitive for Netanyahu foes to use during the campaign. Because most Israelis agree that Iran represents a serious threat, none of the major parties are expected to campaign against an Iranian strike.

“I think the subject will be ignored,” said communications professor Gadi Wolfsfeld of the Interdisciplinary Center in Herzliya. “No one wants to be accused of helping Iran develop nuclear weapons and anyone who brings it up and tries to make it a campaign issue will be accused of this.”

A campaign focusing on Iran would also further divide Israel’s public and political leaders over the question of whether Israel should act alone or with the U.S.

“This is not a matter of consensus and the cracks are already showing,” said Gabriel Weimann, a campaign expert at Haifa University.

Of all the candidates, Netanyahu would probably benefit the most from a debate about Iran because it would focus voters on security issues, where he is perceived as having the strongest credentials.

“The Iranian agenda sits well with Netanyahu’s classic issues,” Weimann said, and the other parties will probably prefer to focus on social woes, such as the high cost of living or the debate over whether to draft religious students into the army. “It is pretty clear that Netanyahu will be more comfortable taking the agenda away from domestic issues.”